The fountain symbolizes the urban culture’s effort to include an element of the natural environment, such as the water. But this effort is often futile, and a fountain in the middle of the actual/real sea represents this exact futility. In the urban landscape the water is cut out of its natural environ- ment, ceases to serve its purpose and is left playing a decorative role.

Various electrical devices were used for the installation of the fountain, which consists an important aspect in the comprehension of the project .

The water pump, visible both in the video and in the photo, is the most mismatched but at the same time the most crucial element of the work, as it defines the semantic gap between the sea and the water jet. 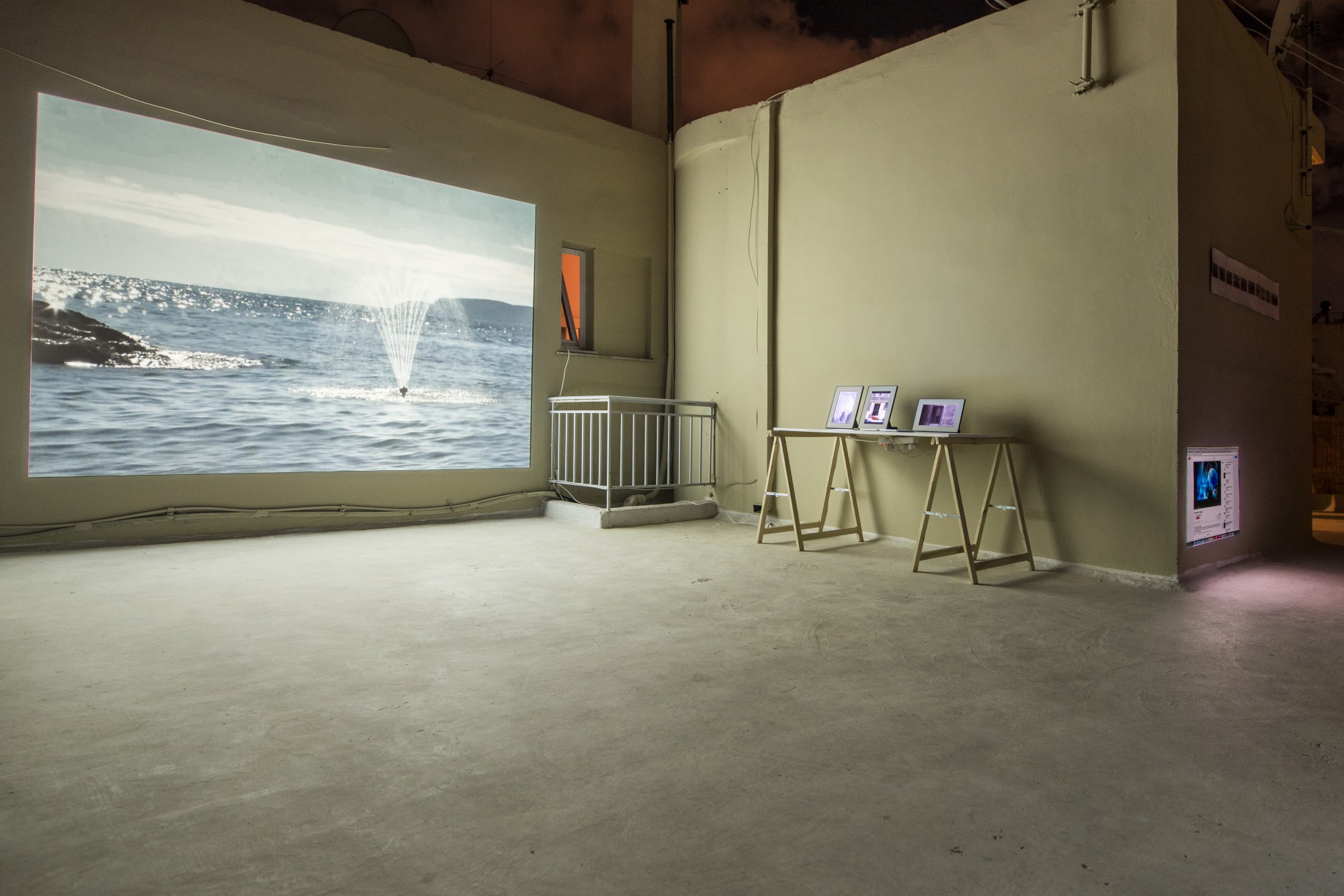 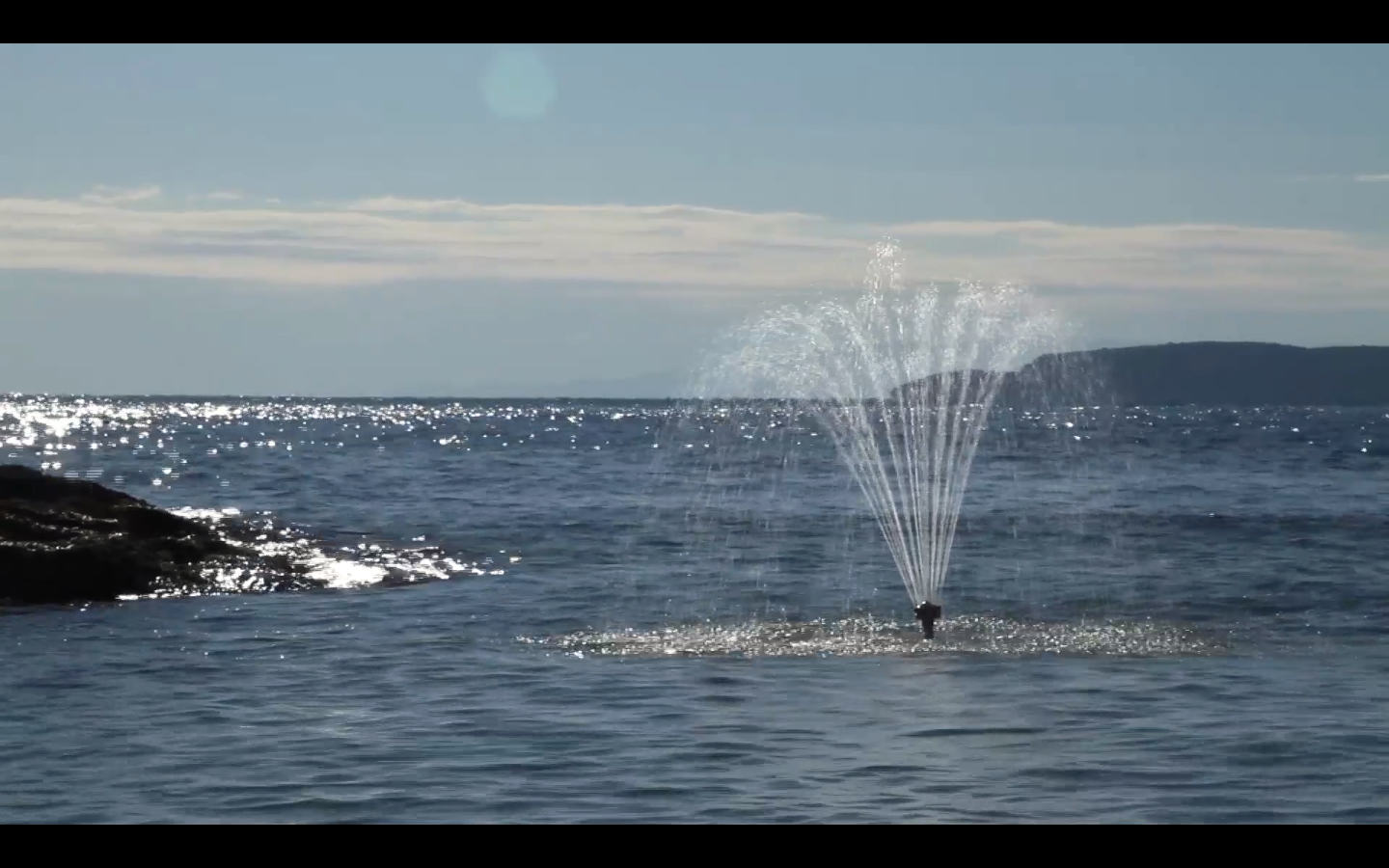