For this project, Vasilis continues his on-going research around gathering places and leisure – the bar, the stadium, the car tuning workshop – intended as cradles of subculture and resistance against the hyper-productivity of our post-capitalist era.

The artist has created a site-specific installation, especially conceived for the space of UNA, in which the atmosphere of a bar is evoked through its deconstruction: a series of steel footrests and marble leaks lying on the ground recall a previously existing situation, which implies the imagination of the viewer to be fulfilled. The game – the moment of idleness par excellence – is celebrated through giant marble cards, displaying different combination of poker, which evoke moments of glory and of an enthusiastic victory as well as moments of defeat and discomfort.
Issues of value – of our time, of our actions, of money, and also of art and artworks – are central in Papageorgiou’s artistic research and become major aspects of his presentation at UNA.

As suggested by its title, It’s 2:00 am. I am spilling it is also an allusion to moments suspended in time and possible characters which come to play, always triggering the viewer’s active reflection, through memories, unconscious, wonder and surprise. 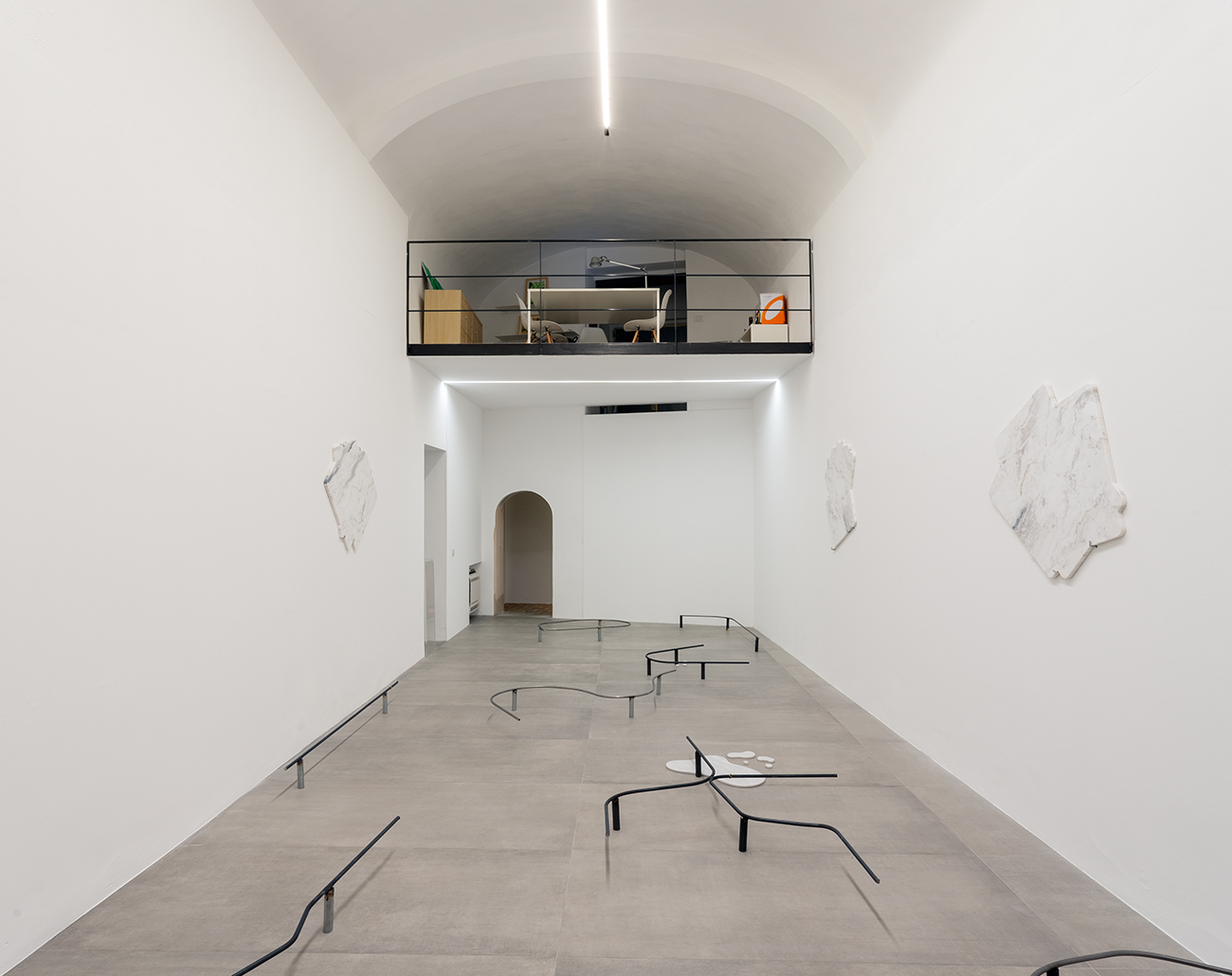 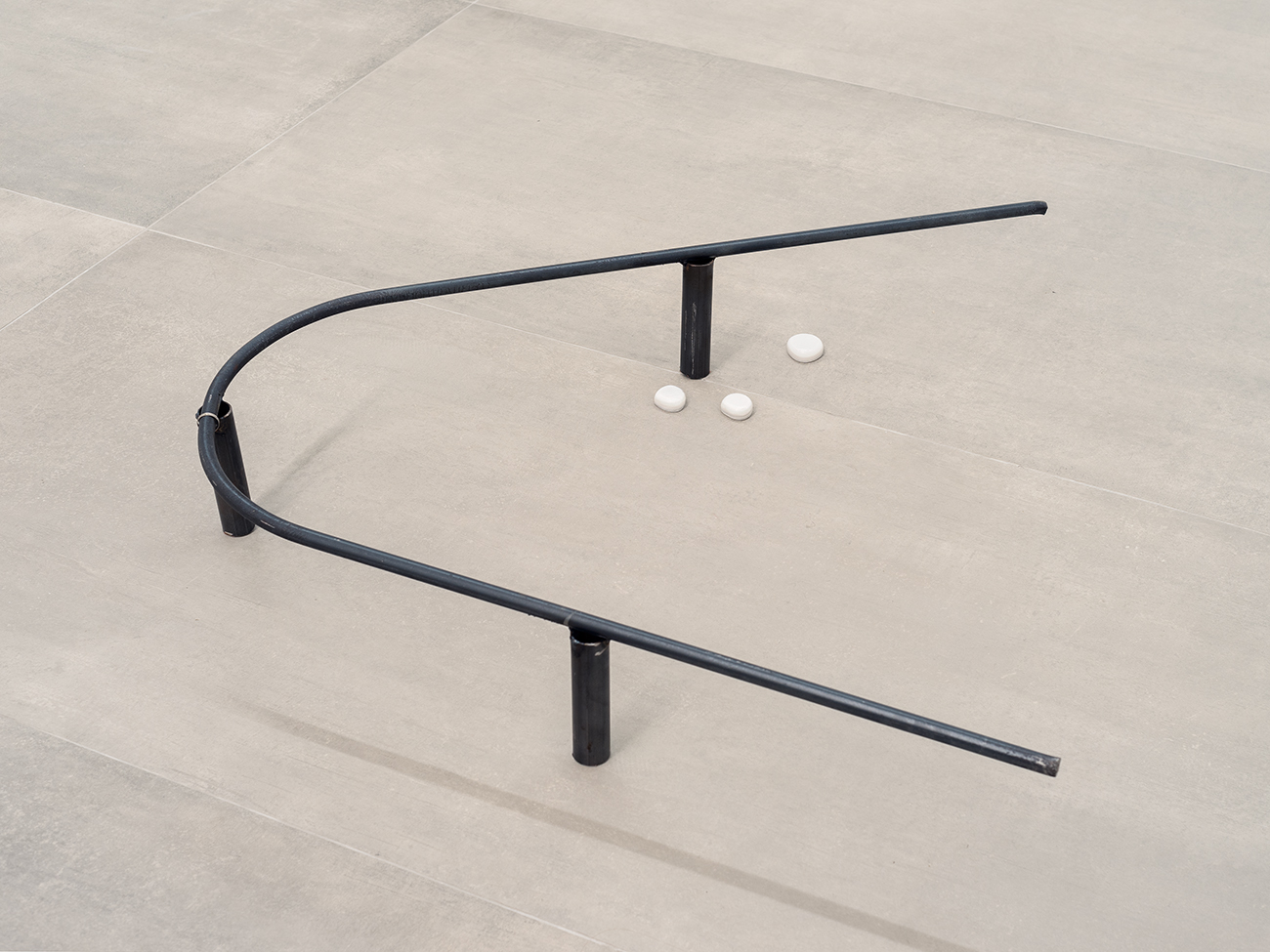 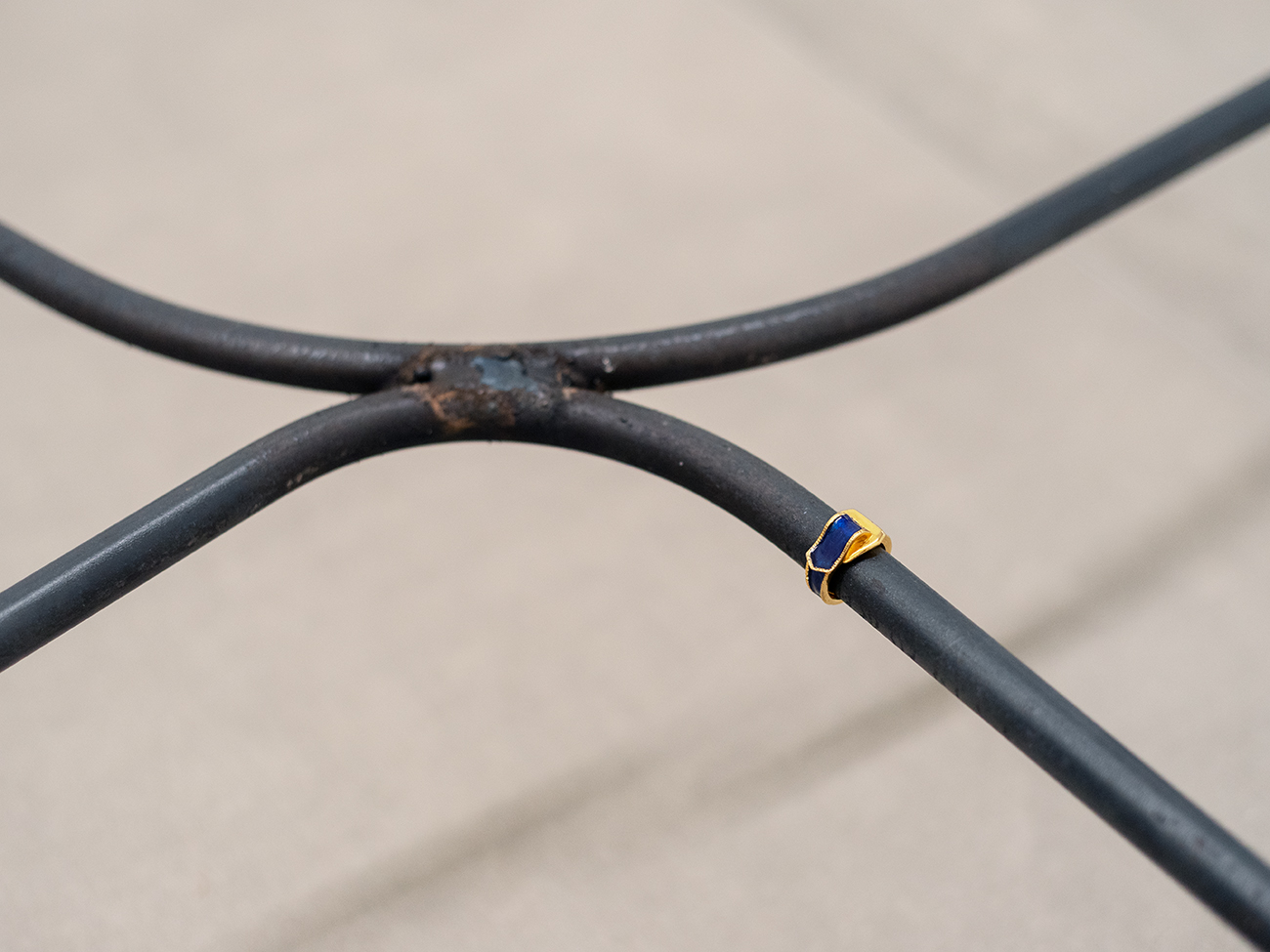 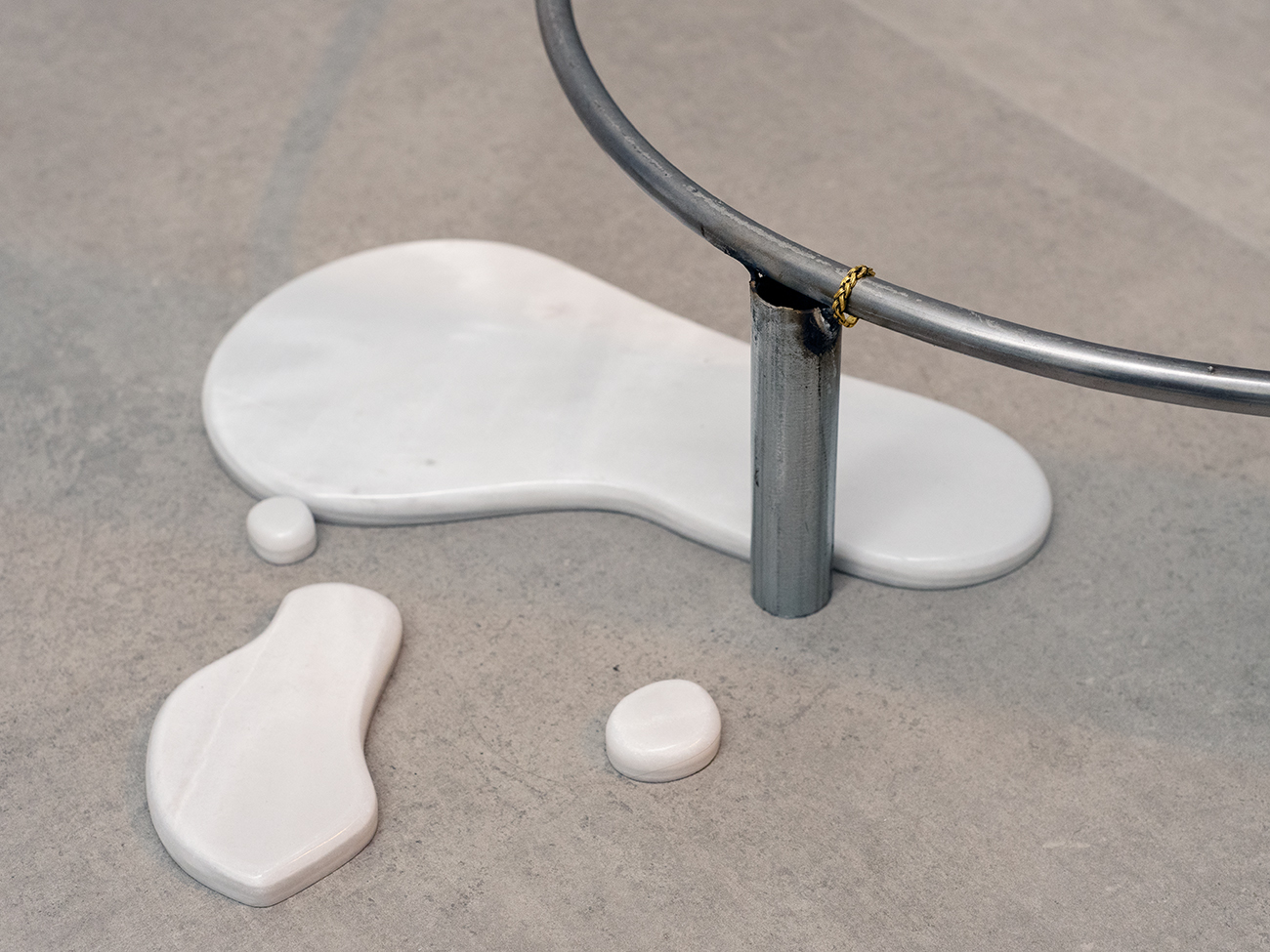 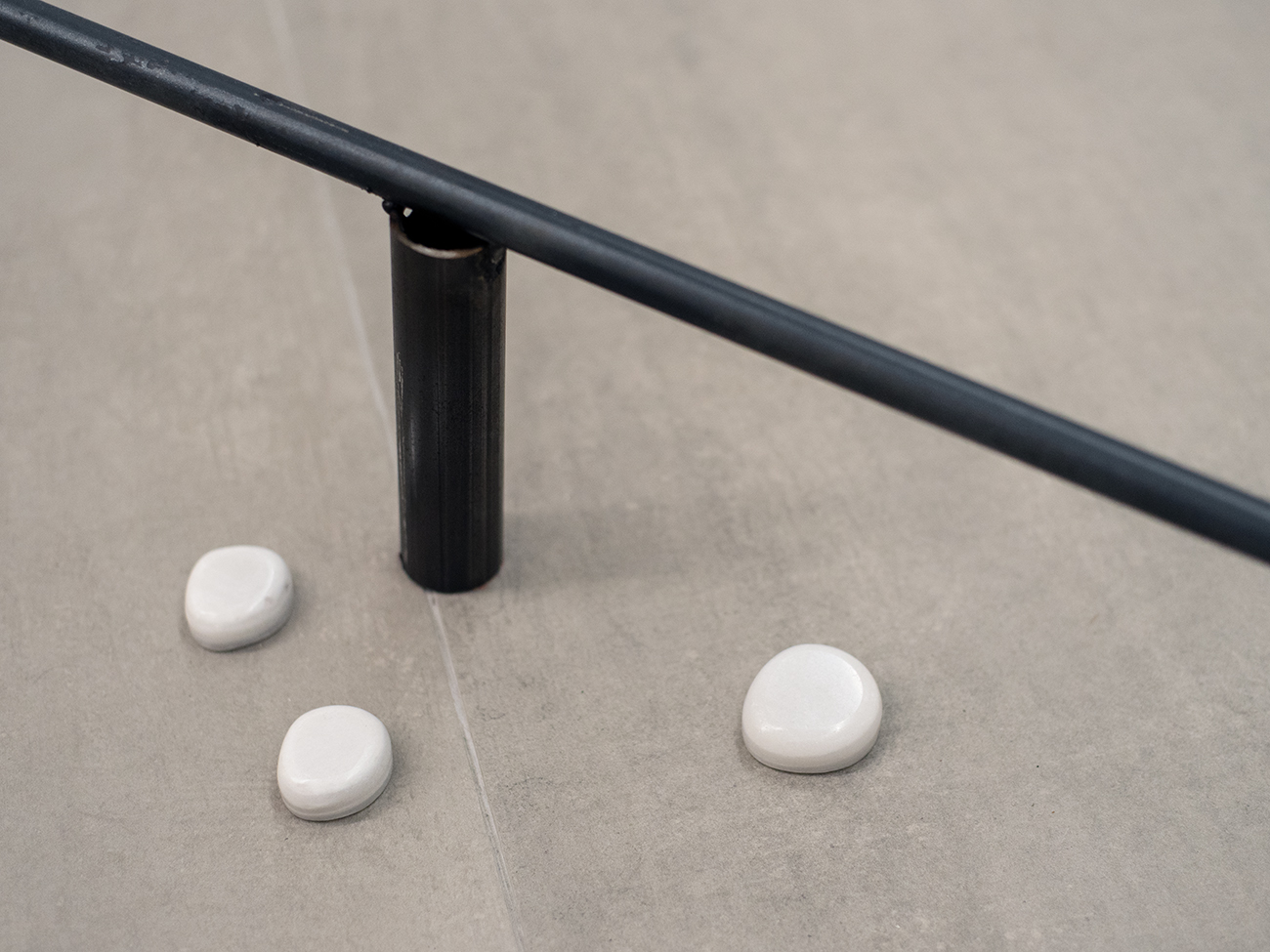 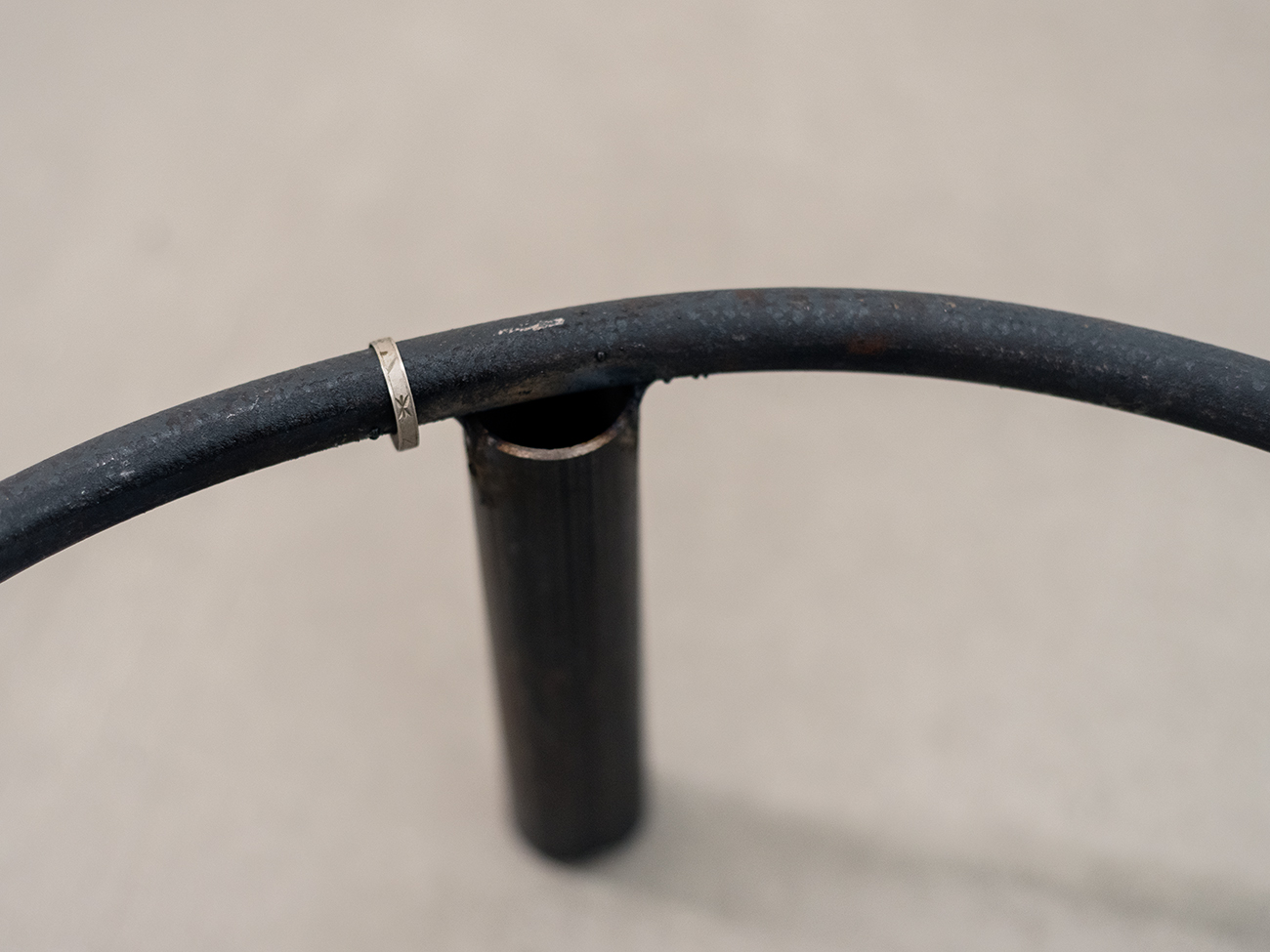 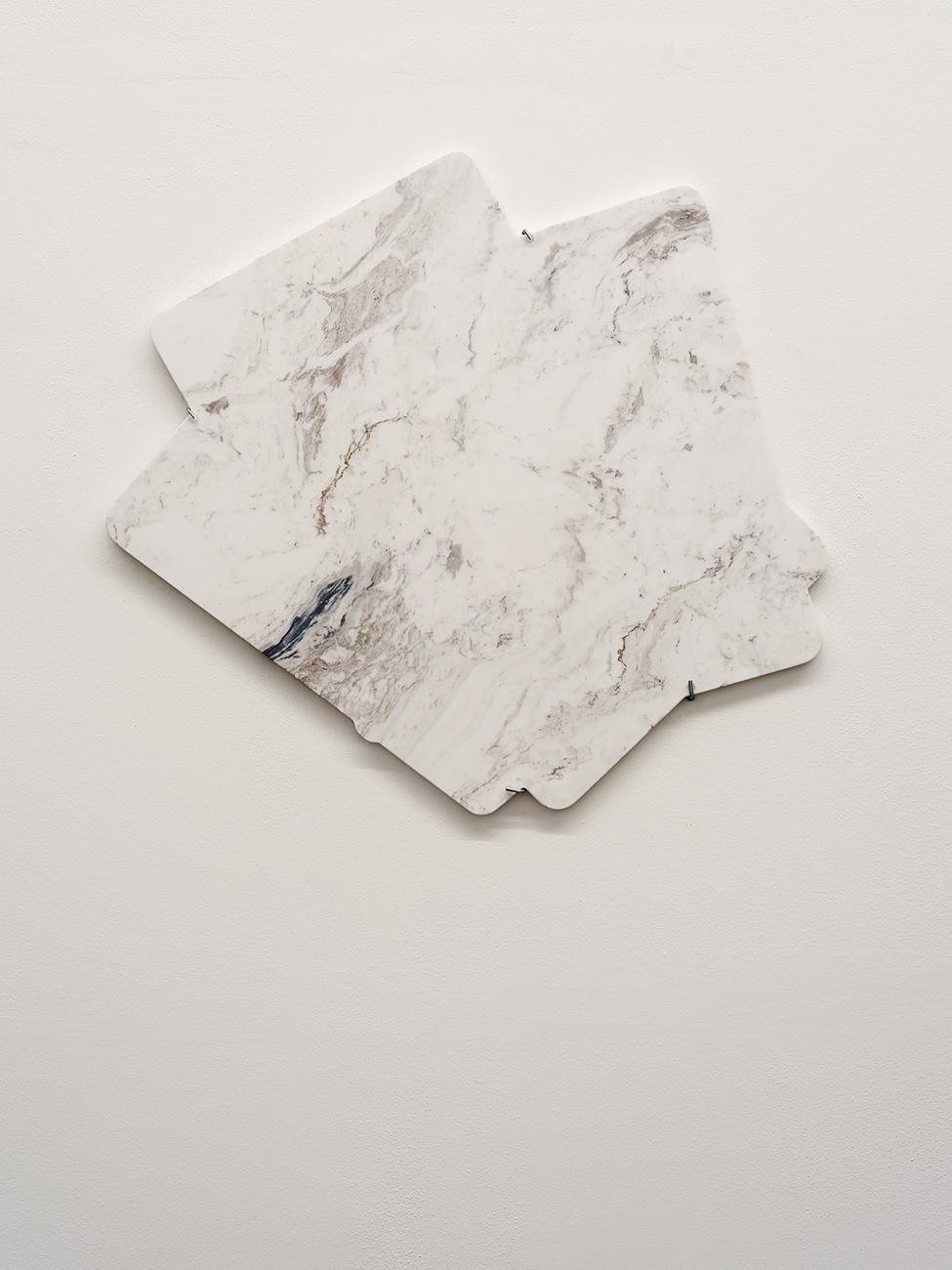 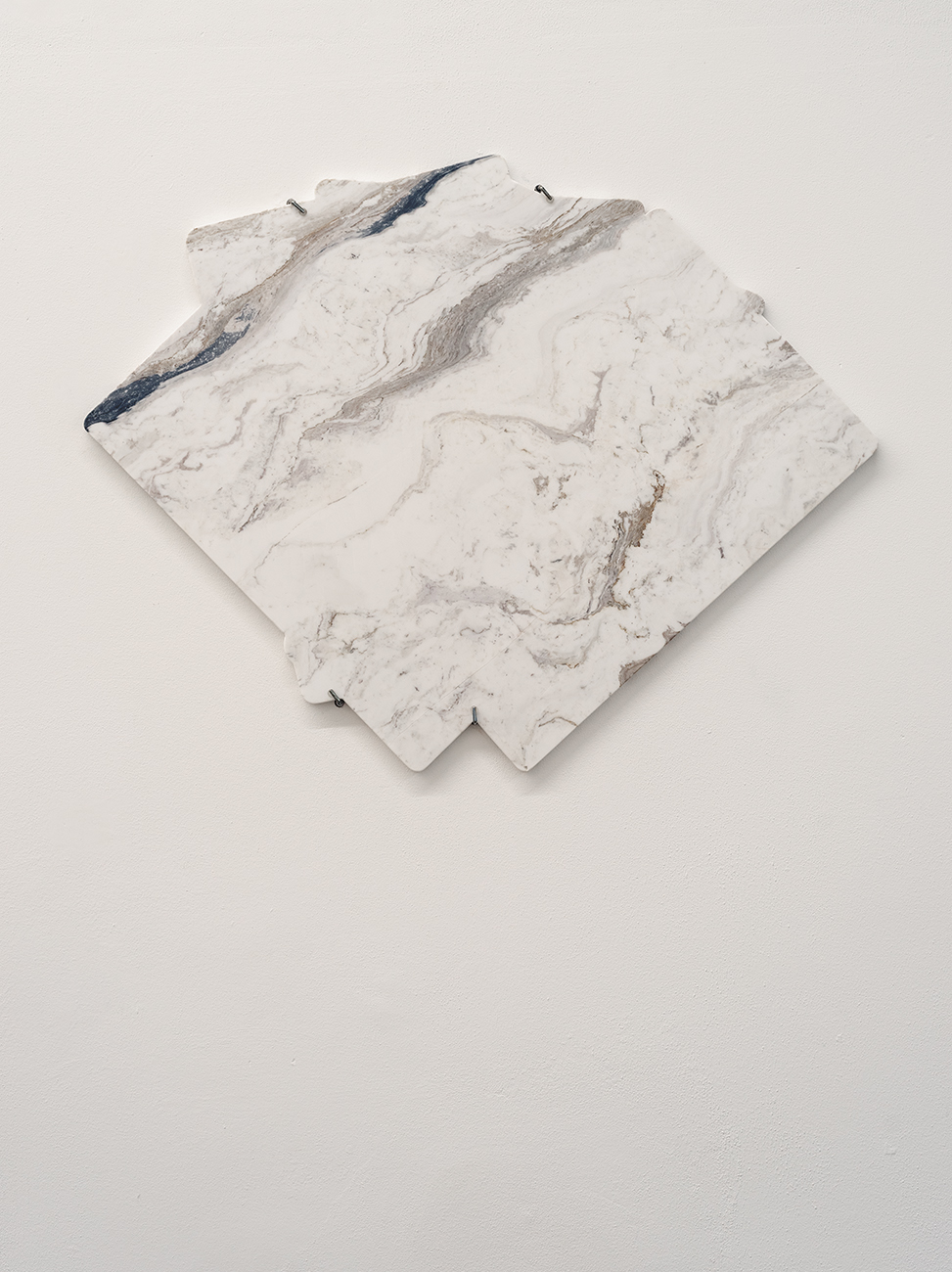 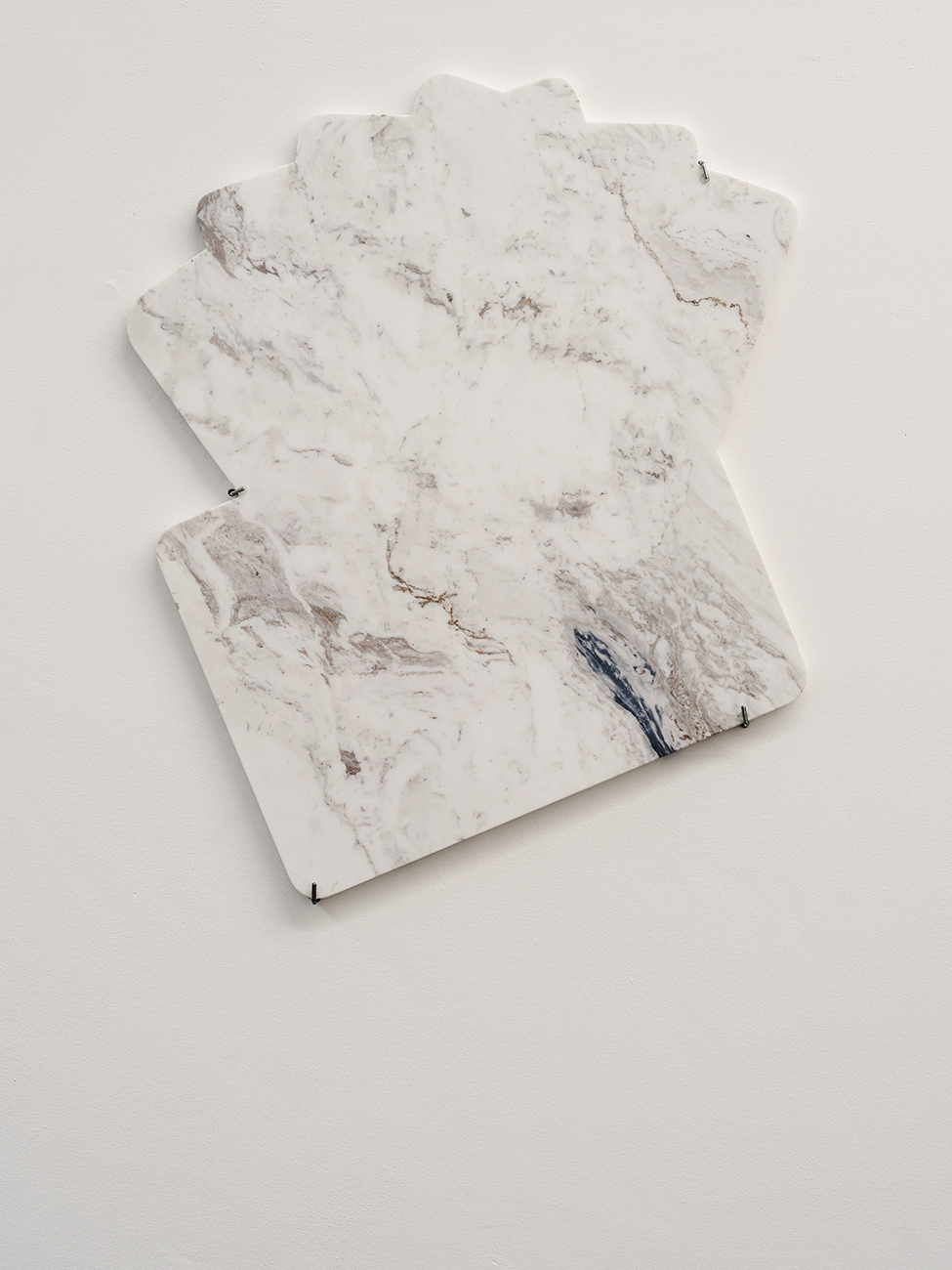 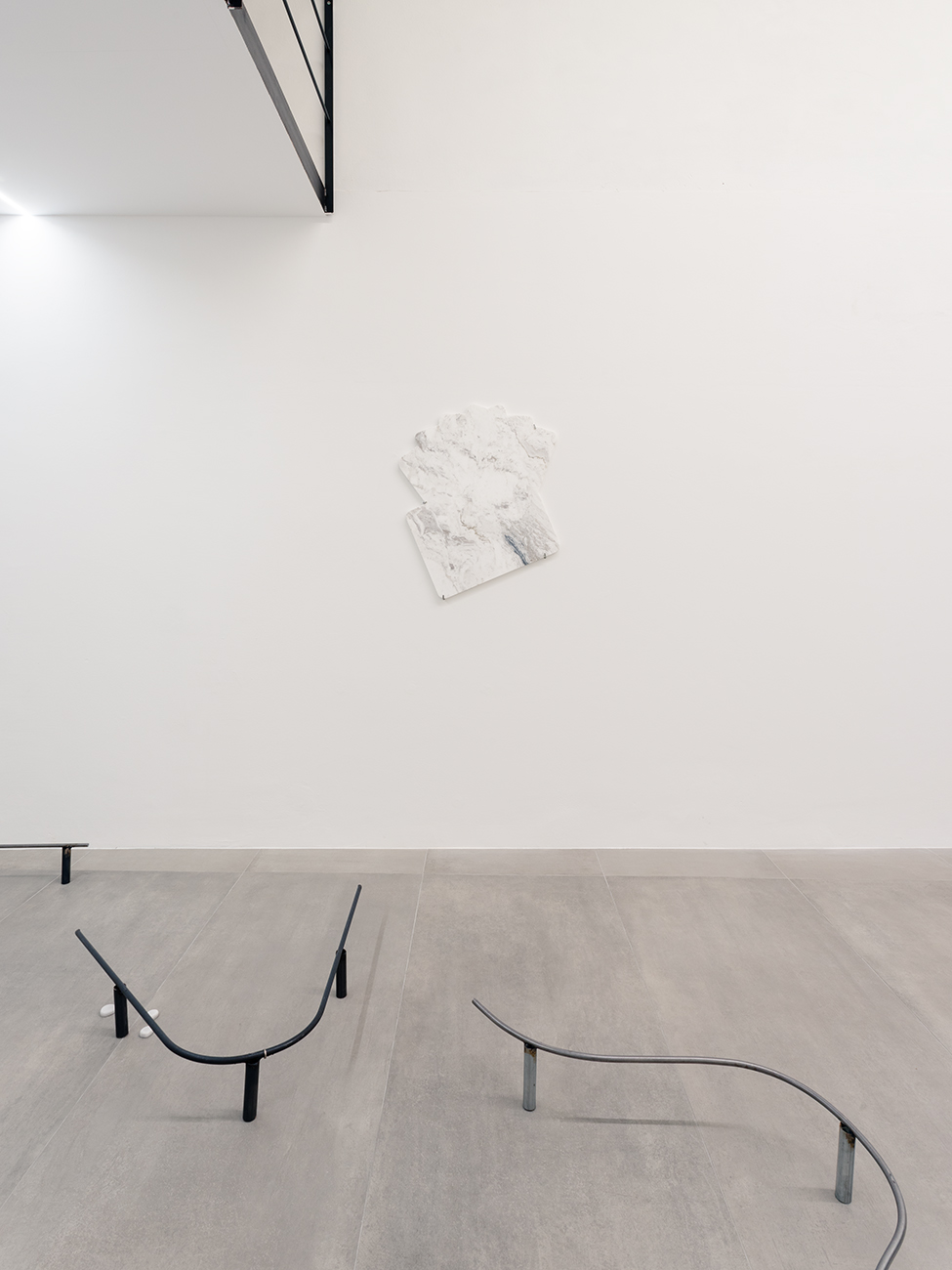 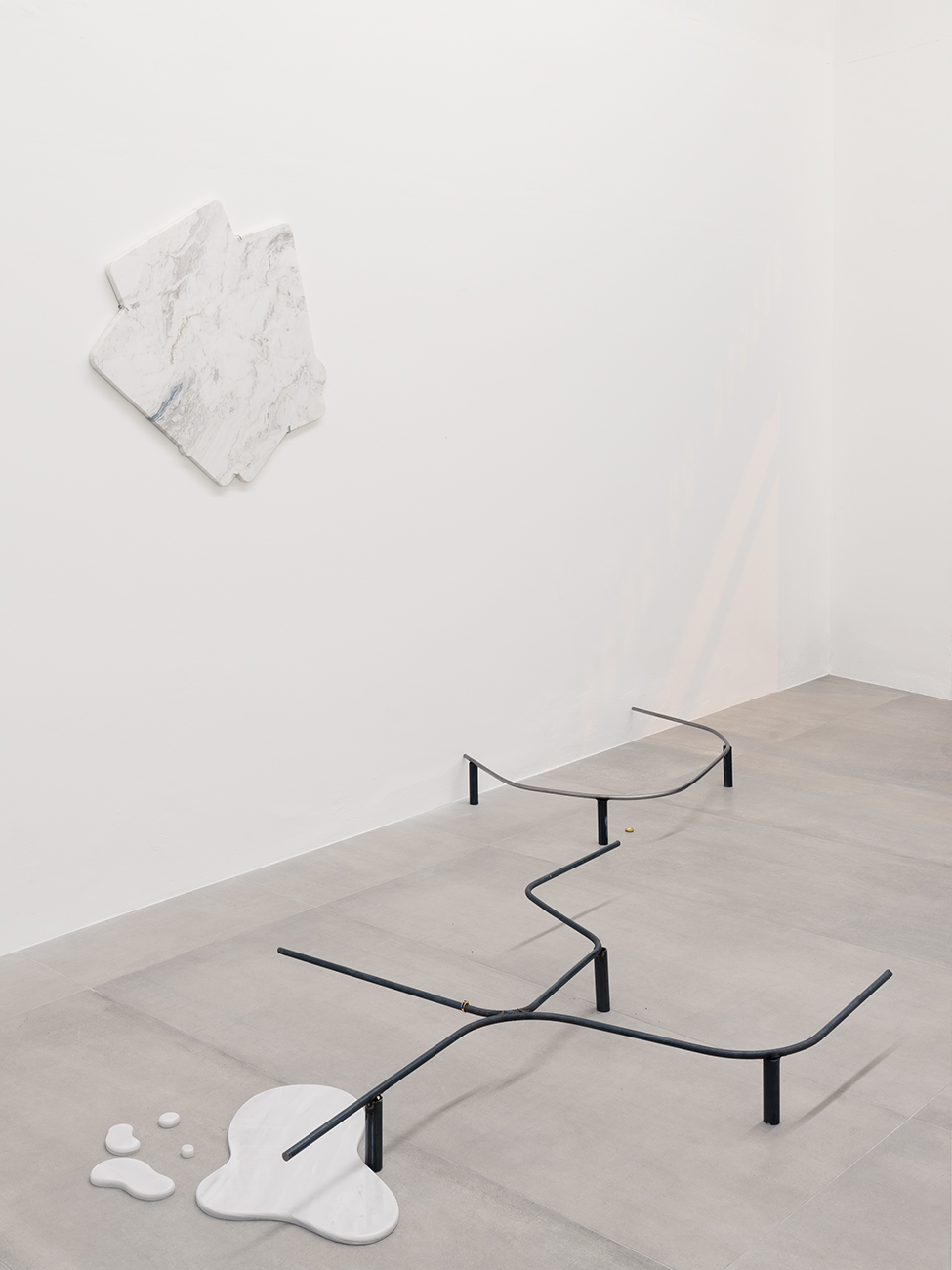 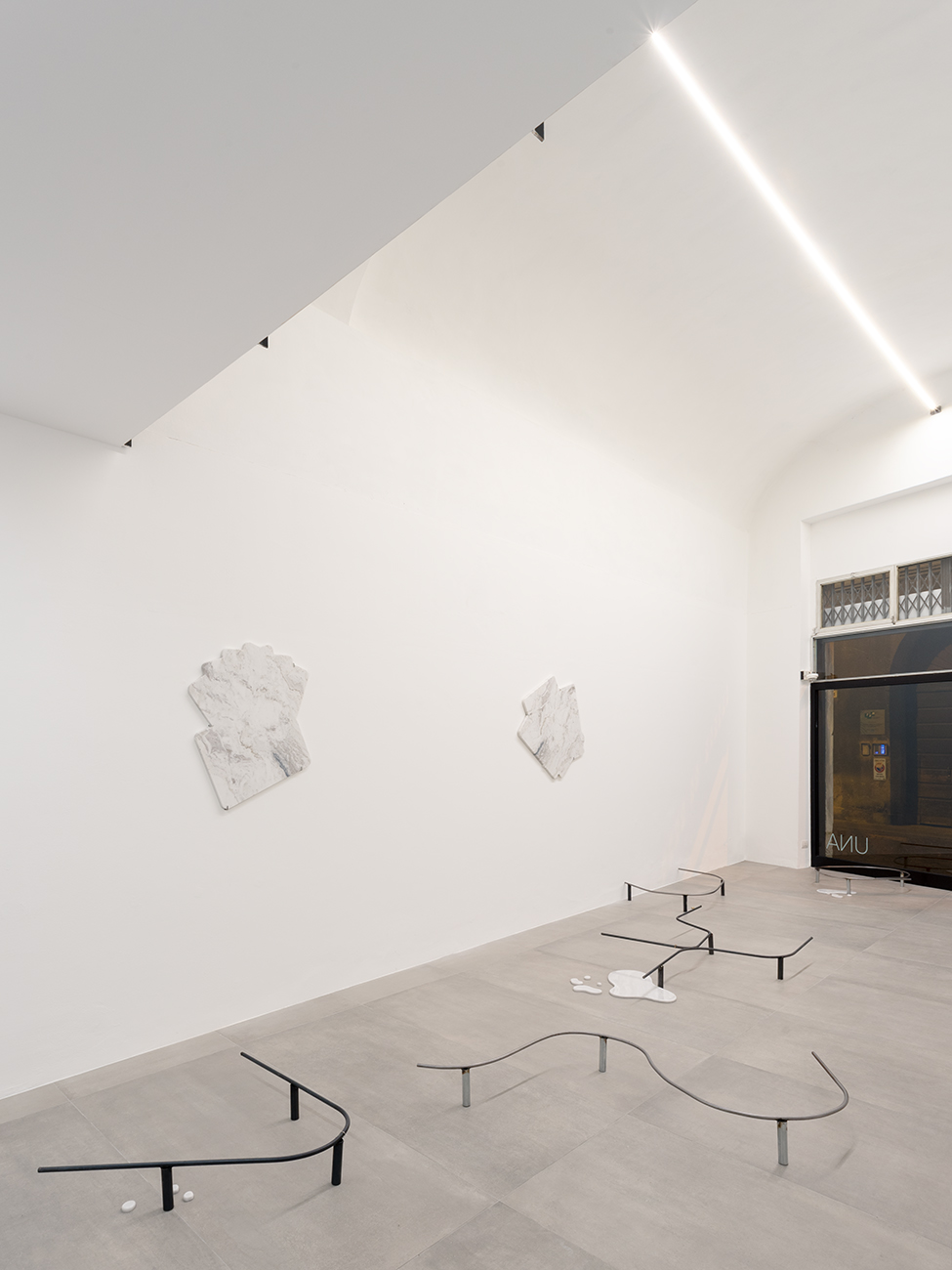 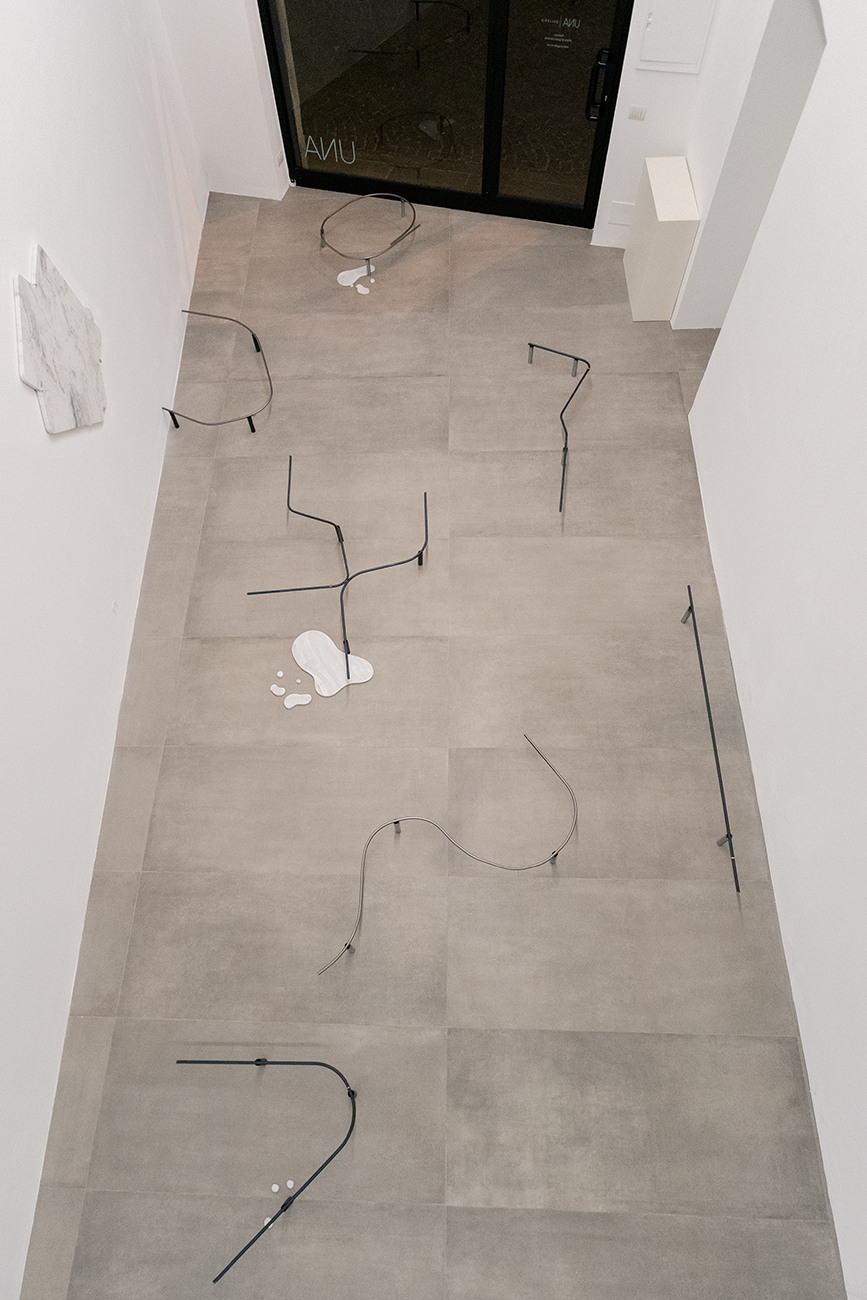 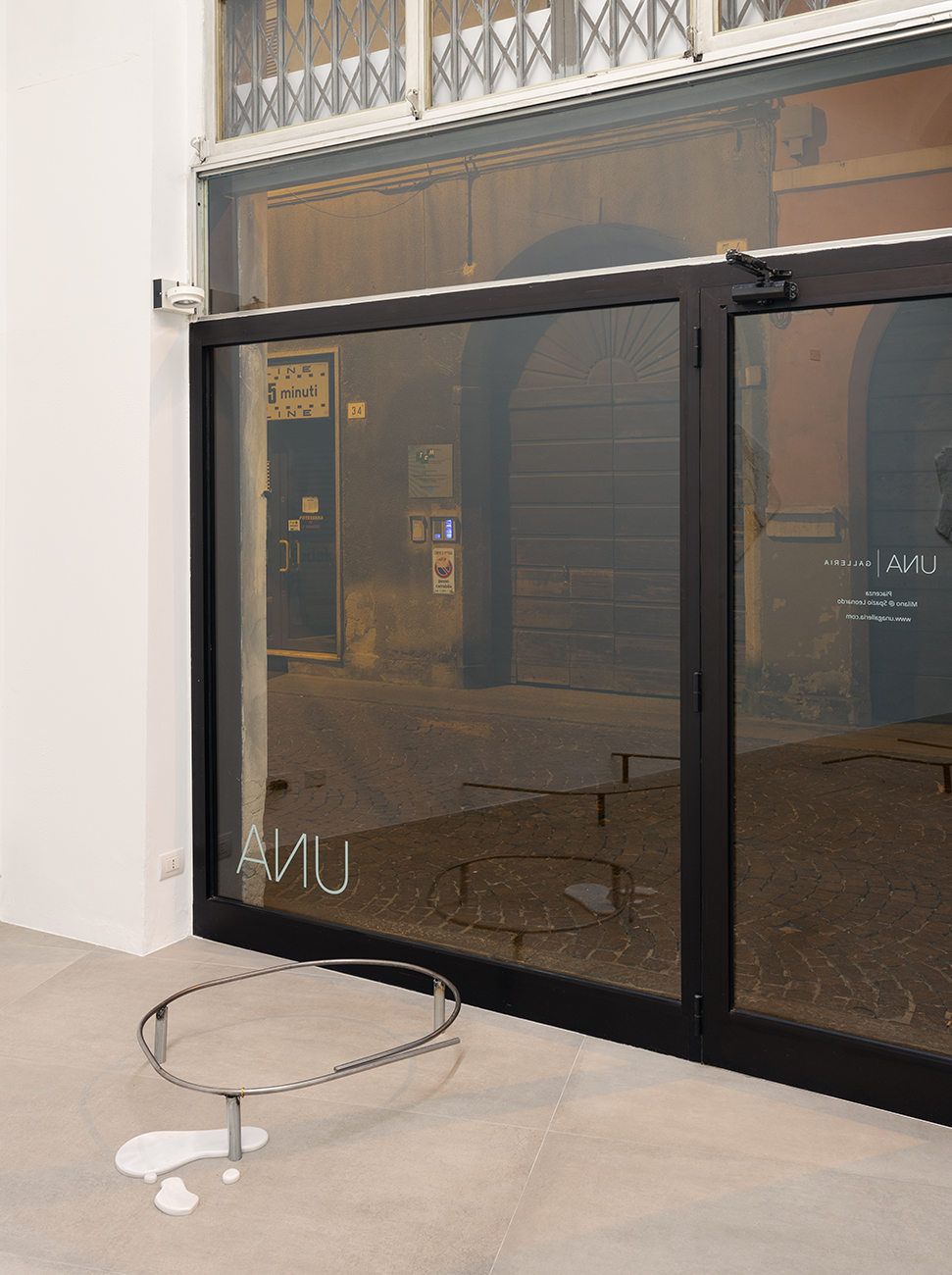 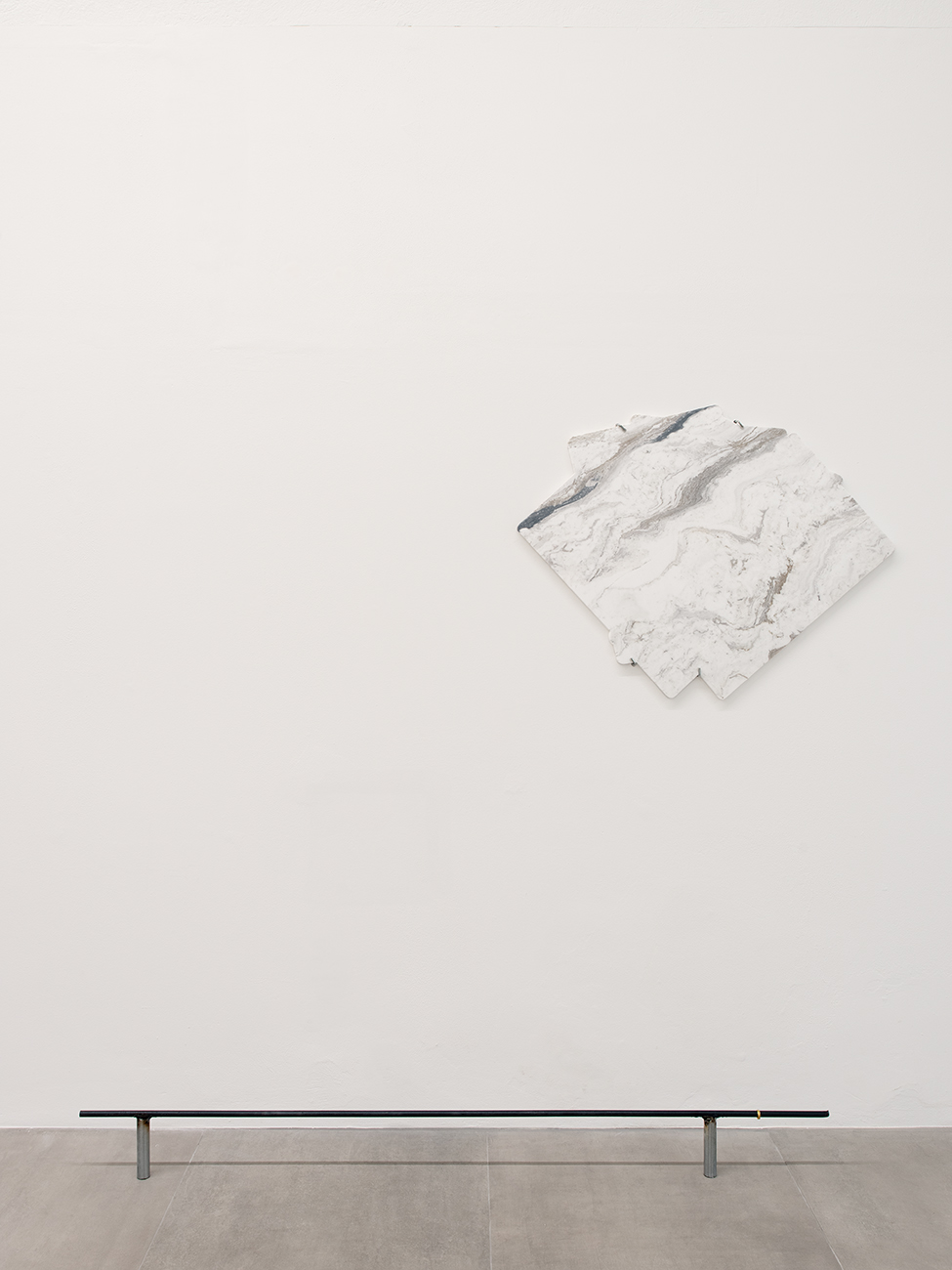