Combining imagery related to car tuning, motorbike acrobatics, street- and bar-culture, the work of Vasilis Papageorgiou often weaves together affects and traits of social groups that seem suspended between reality and fiction, between dramaturgy and everyday life. The visual references that populate his work are systematically situated within a discourse on non-productive activities and on the resistance to accepted norms of efficiency. The bar, the stadium, the car tuning workshop are some of the backdrops for an aesthetic and social inquiry into places of leisure, of collective gathering, but also of social dimensions that allow identification and a sense of belonging in alternative to more rigid notions of class, race, religion, etc. This quasi-anthropological, dispersed narrative runs through the whole of Papageorgiou’s work, elaborating on the ethics and the aesthetics of a pop counterculture of sorts.

The two works presented here participate to a long-term research on the sculptural deconstruction of a bar. Everything starts with simple elements: the surface of a bar top where to serve a drink, a metal footrest, the leather pads that in some bars cover the corner of the counter to offer a soft cushioning where to lean on. Once they are combined together, these elements compose almost abstract structures not devoid of humour and personality. Within this sculptural formula Papageorgiou articulates different layered micro-stories: here and there the attentive visitor can find details like a ring decorated with a couple of dolphins, a dried flower or a marble lighter. These are props, traces of the fictional customers that populate the bar. Their identity is only sketched, mimicking characters of a cinematic or novelistic scenario—but here they are denied a script or a plot and they exist only as symbolic elements of a sculpture. One is allowed to freely speculate on their struggles, because they are the same banal struggles that most people bring with themselves in a bar. In a sense, the emphasis that Papageorgiou puts on trivial details of everyday lives creates a narrative that is at the same time heroic and counter-epic. Despite his position remains that of an observer and portraitist, his eye is never distant or avoiding a personal engagement. On the contrary, the curiosity and inventiveness that characterises these elements of the work often results in a benevolent, dignifying, and compassionate perspective on the object of his analysis.

Even though these works articulate through narratives that are loose and characters as elusive as ghosts, one element in Papageorgiou’s practice is instead extremely specific. In a cinematic or literary context, one would speak of setting, in the case of these works, which are rather sculptural installations, it might be more accurate to call it atmosphere. The atmospheres conjured by these works in one way or another are evocative of a political era and of a generational shift that occurred in Greece between the end of the military dictatorship in 1974 and the beginning of the economic crisis in 2008. It was over these more than forty years that Greece underwent a series of transformations that determined its political institutions, its social order, its economic development, but also its culture in general, its aspirations, its delusions, and its failures. From this point of view the references that Papageorgiou moulds, dissects, deconstruct, and pieces together are not so dissimilar from fragments of a collective identity on which he resolves to reflect. What do the bars, the pool halls, the illegal car races have to say about the social history of that era? 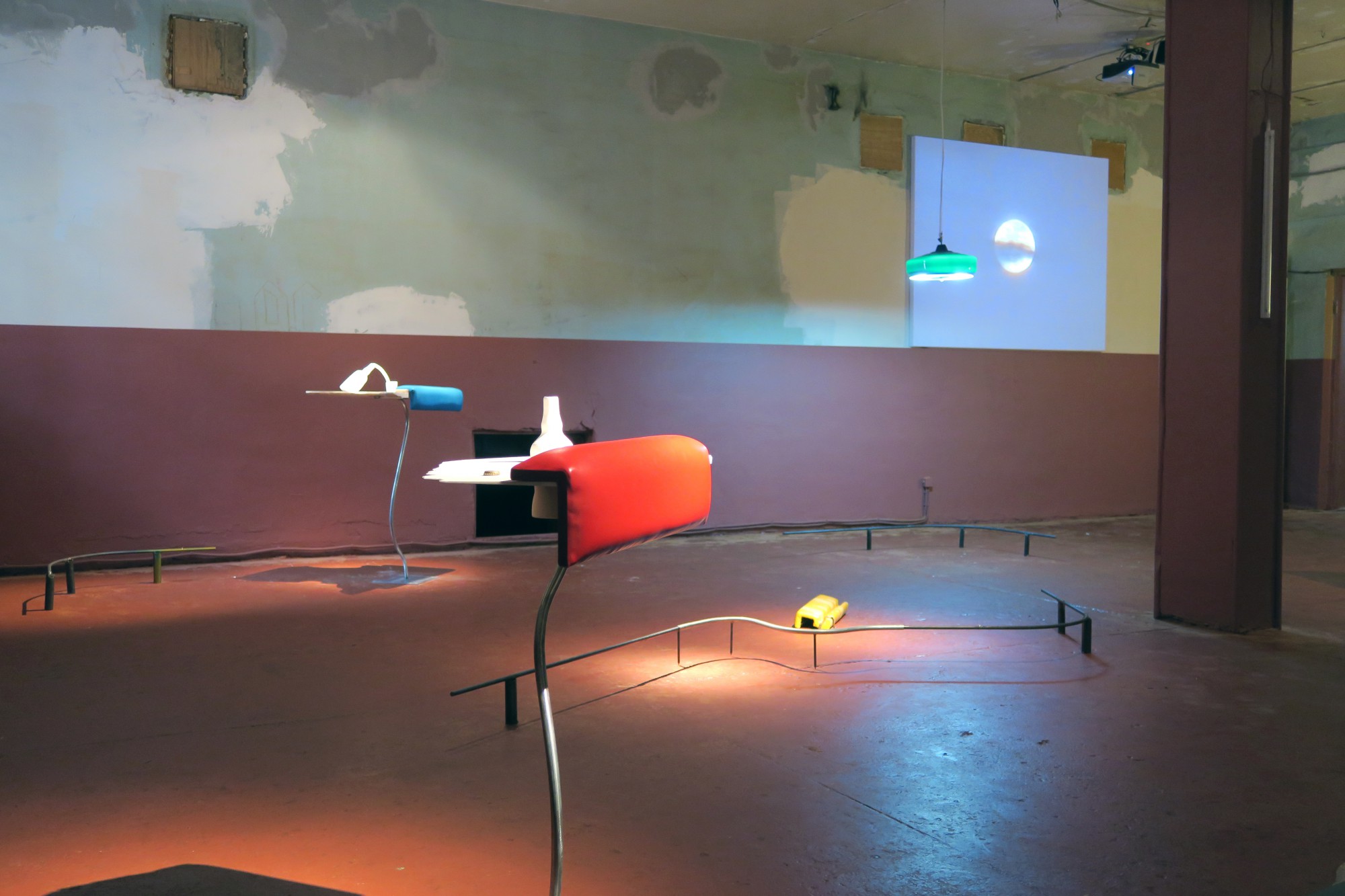 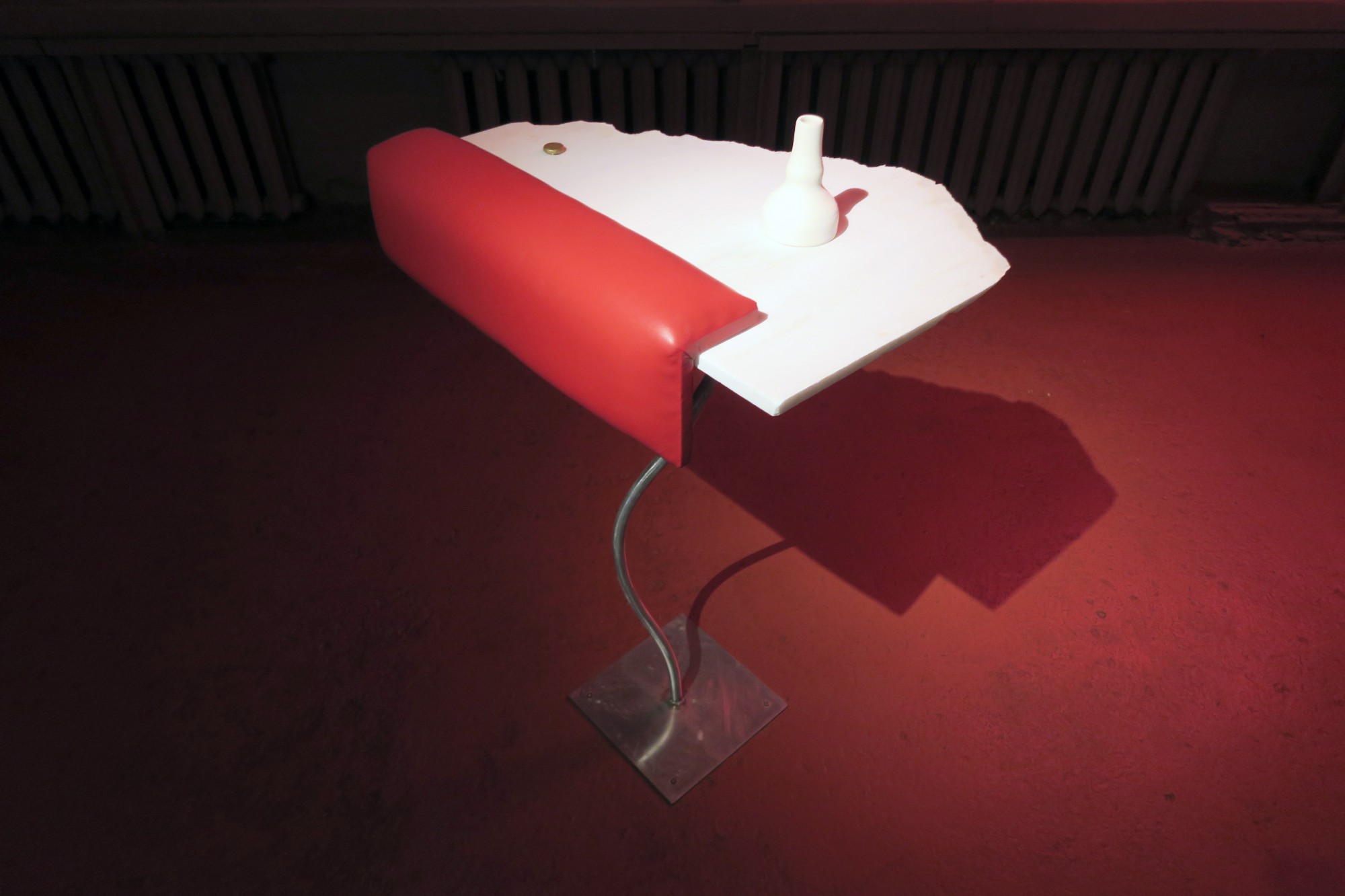 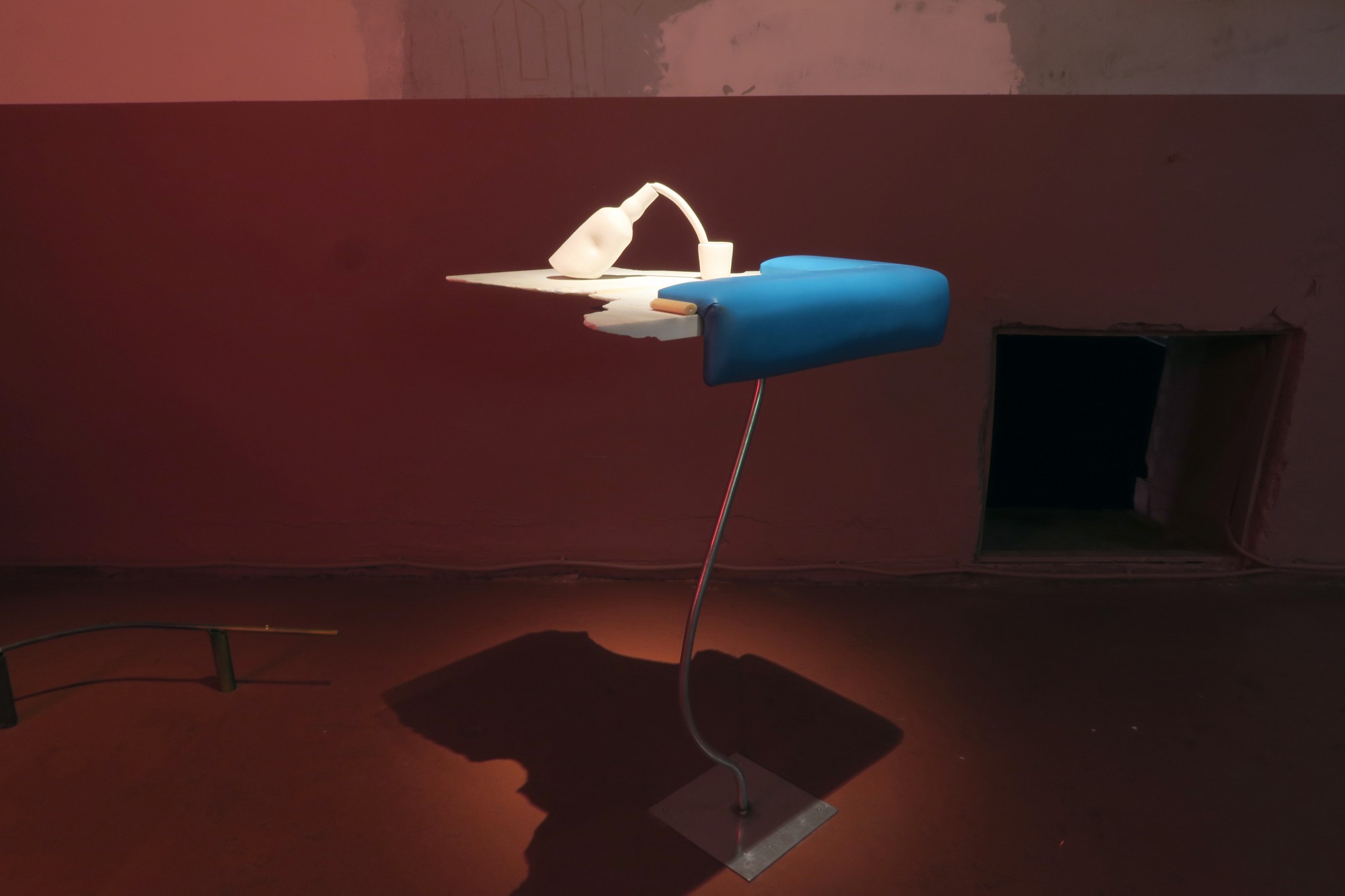 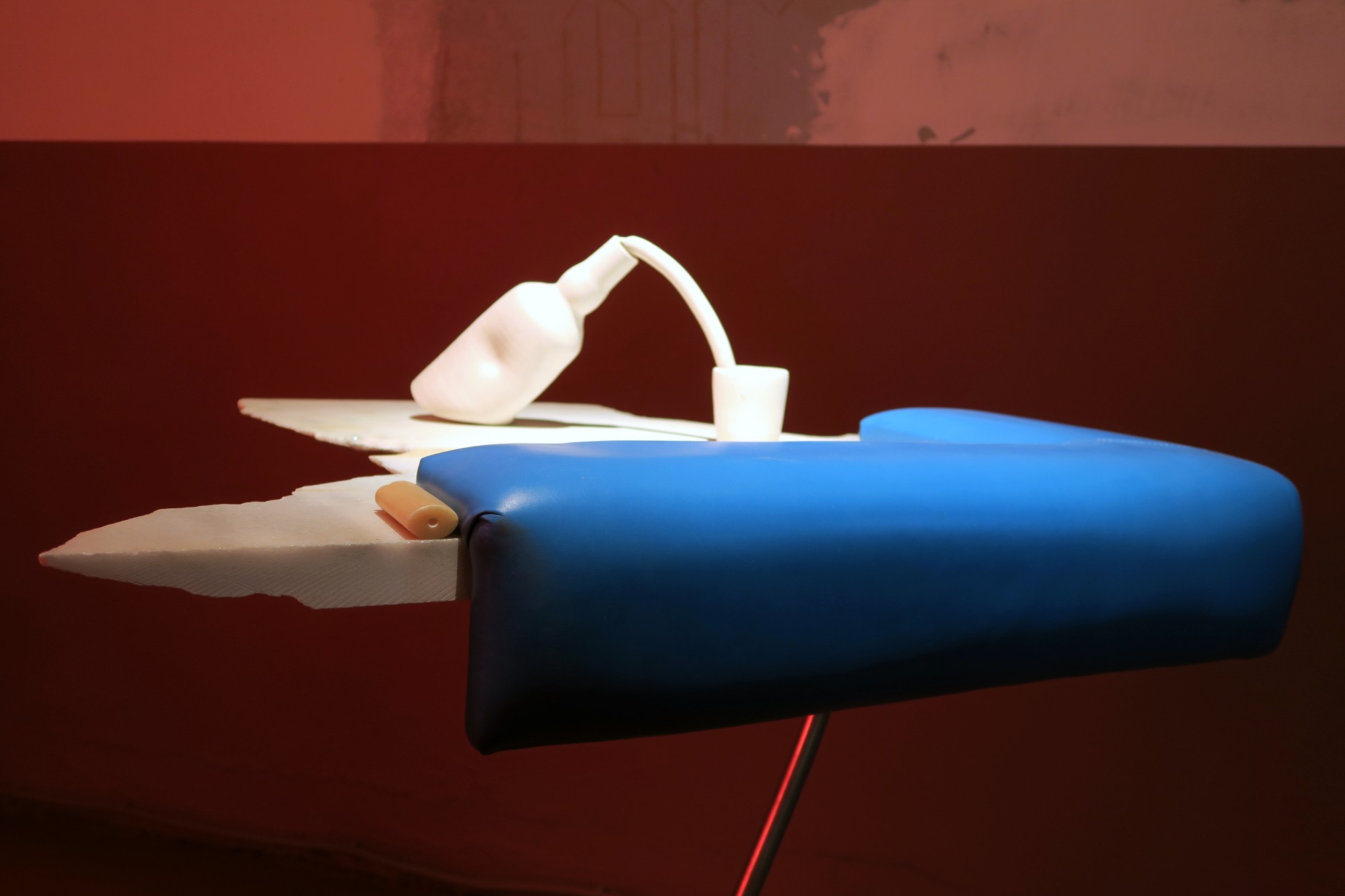 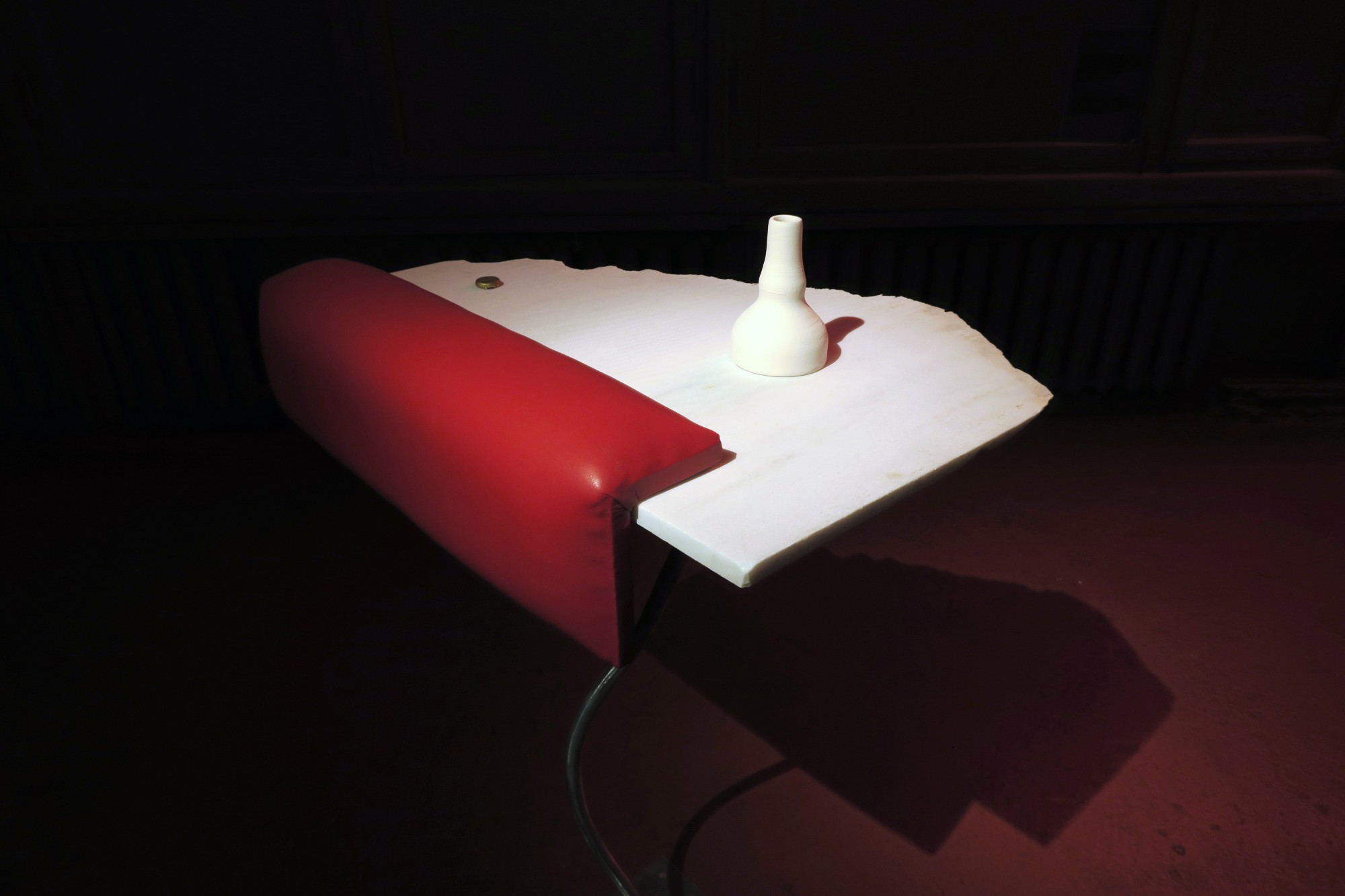 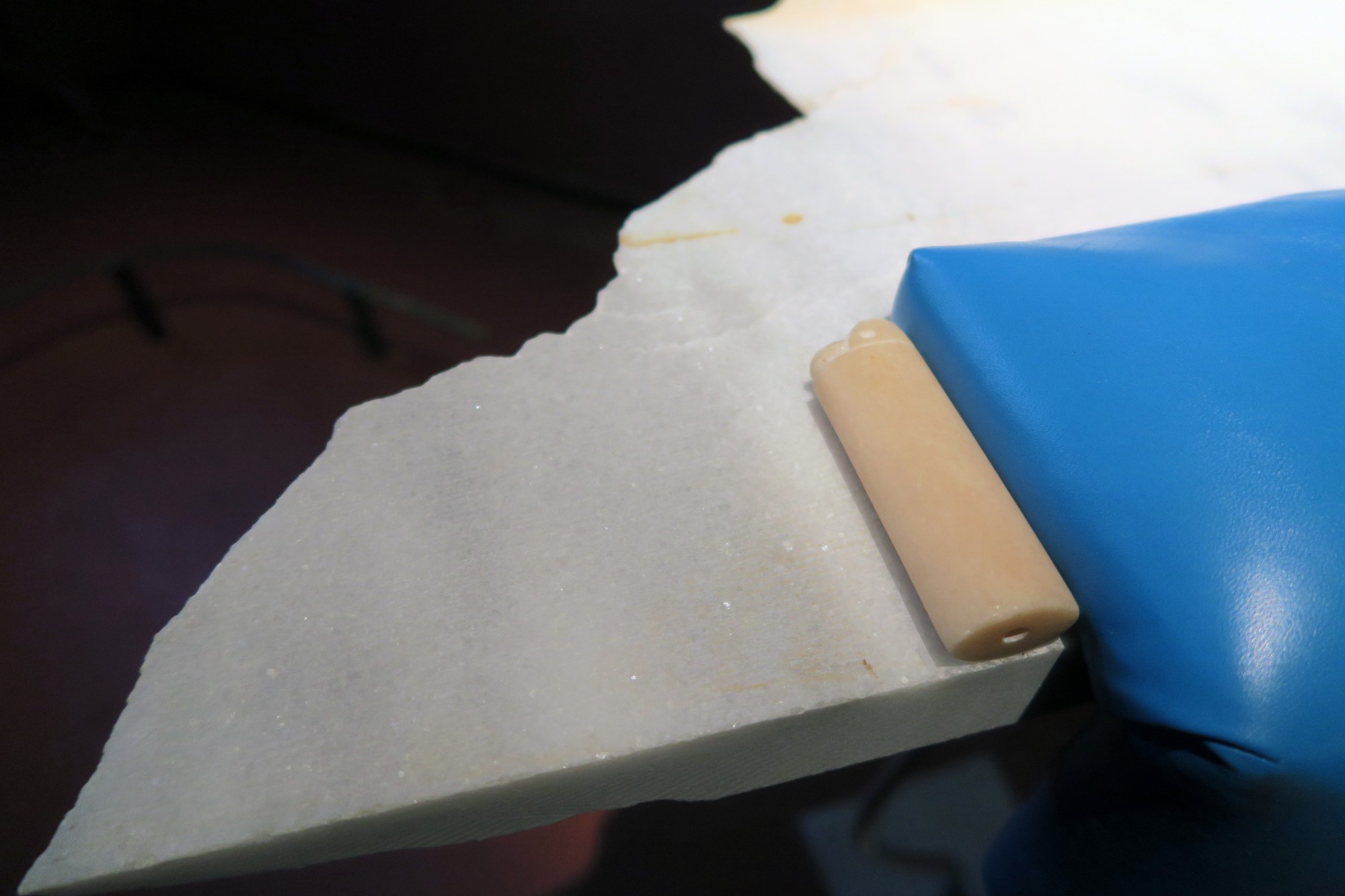 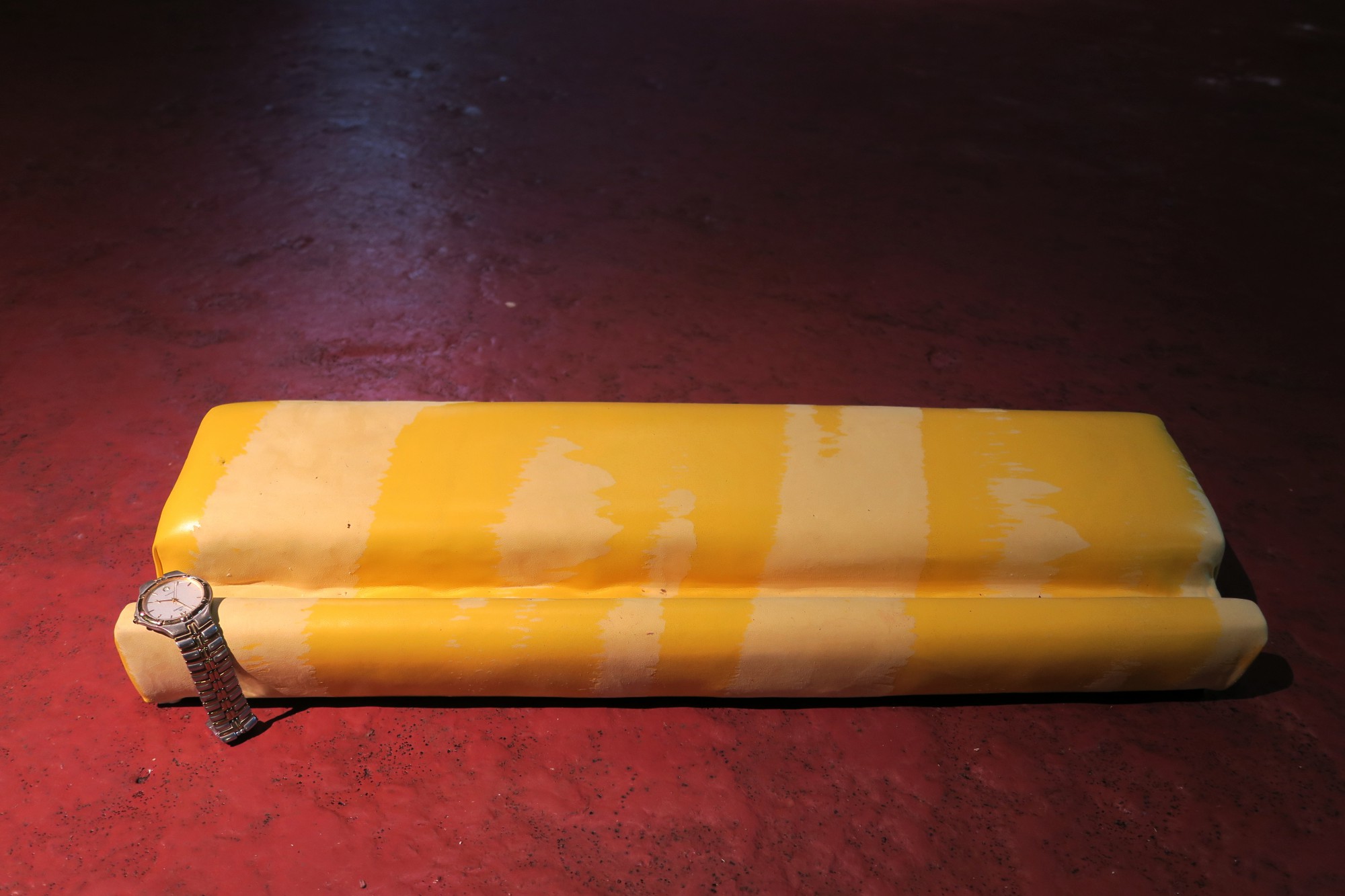 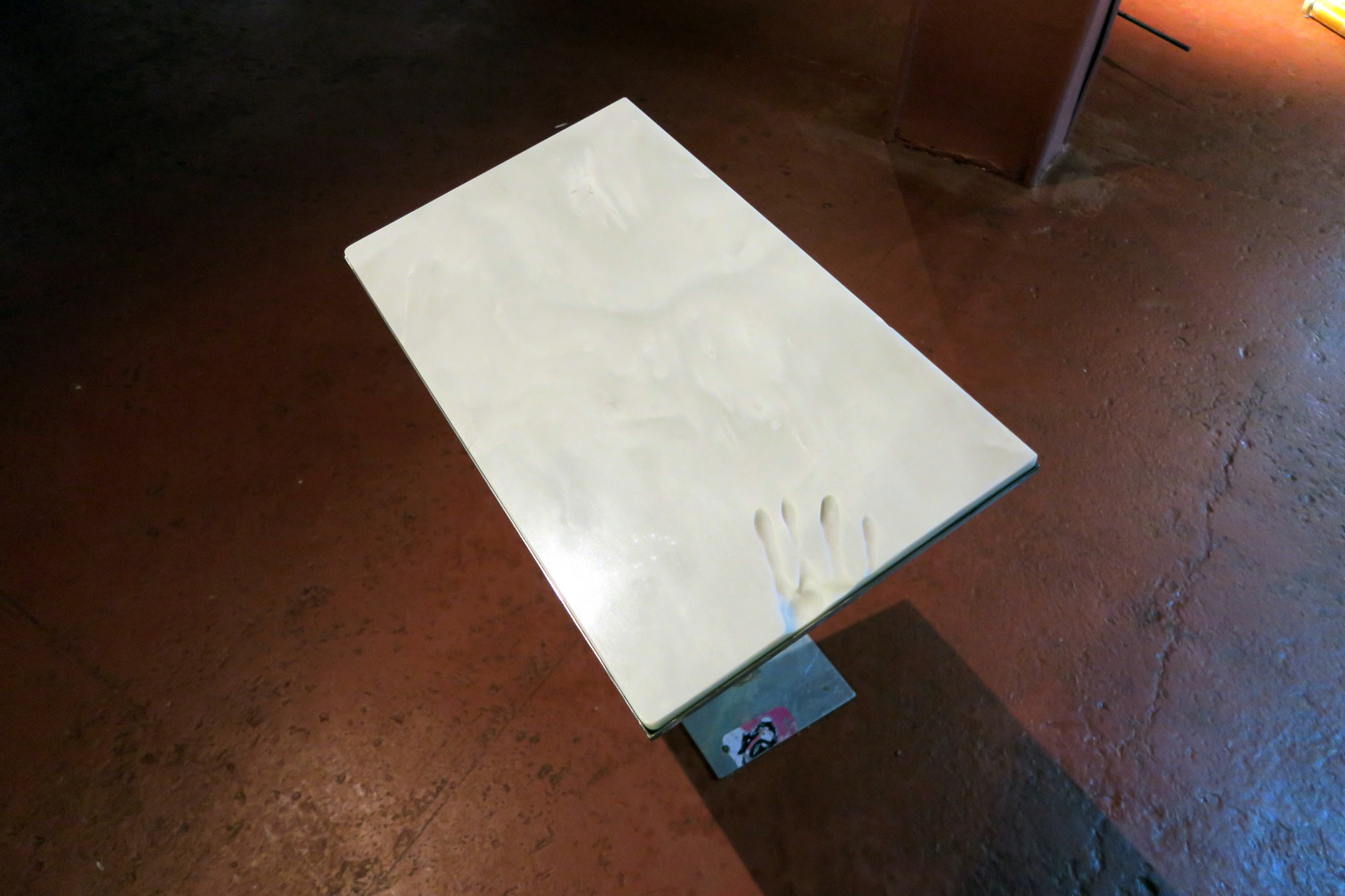 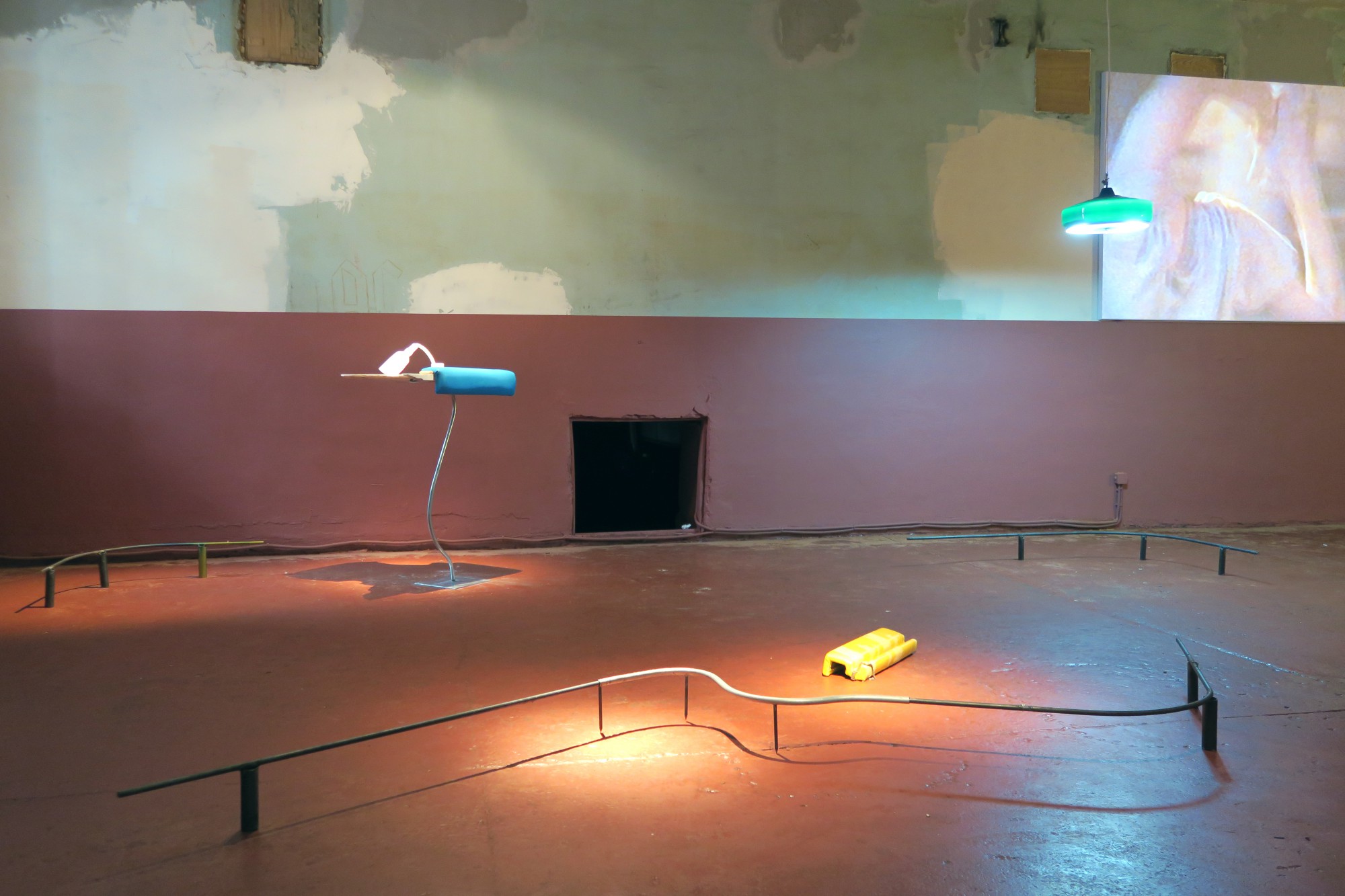 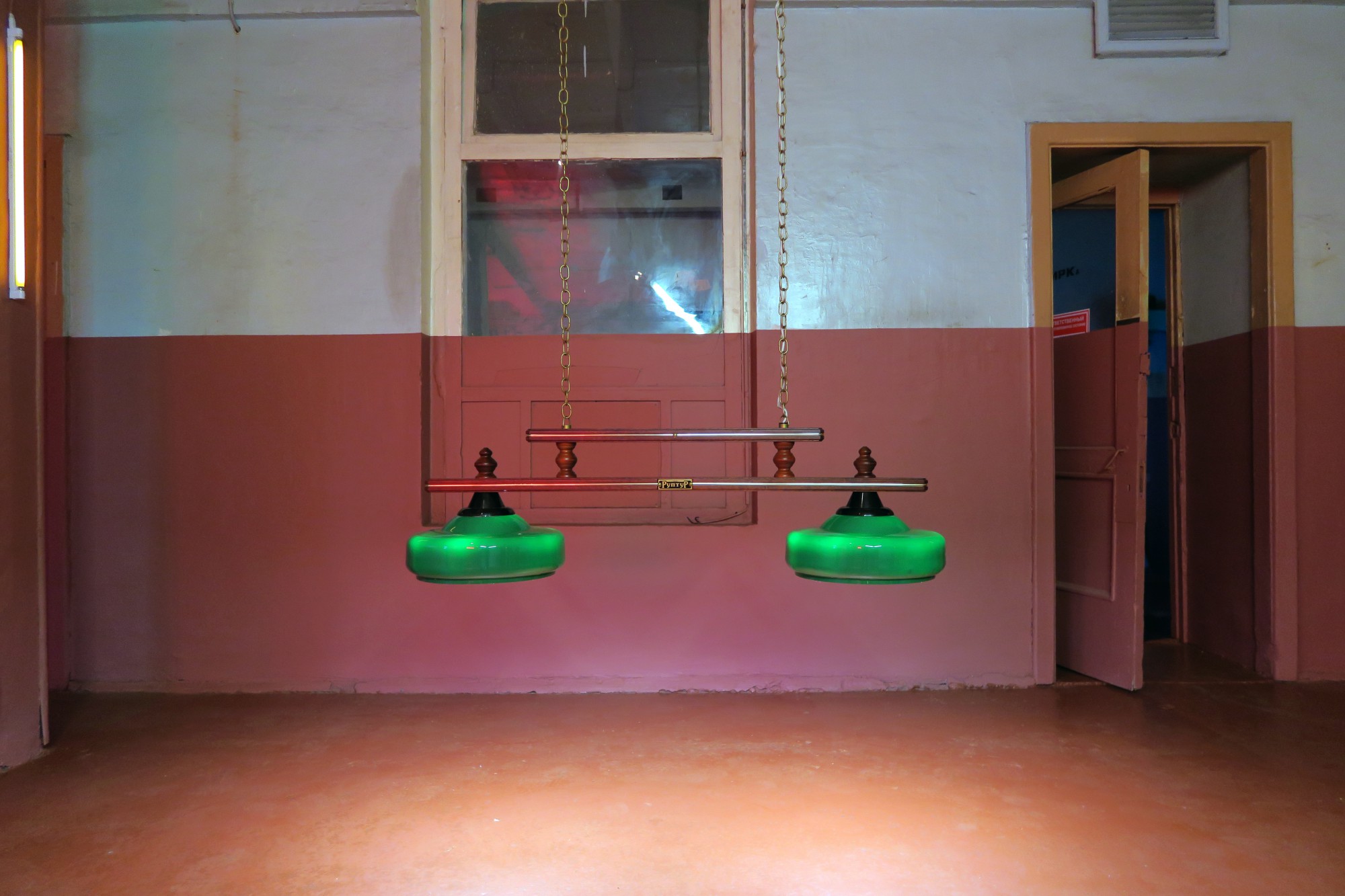 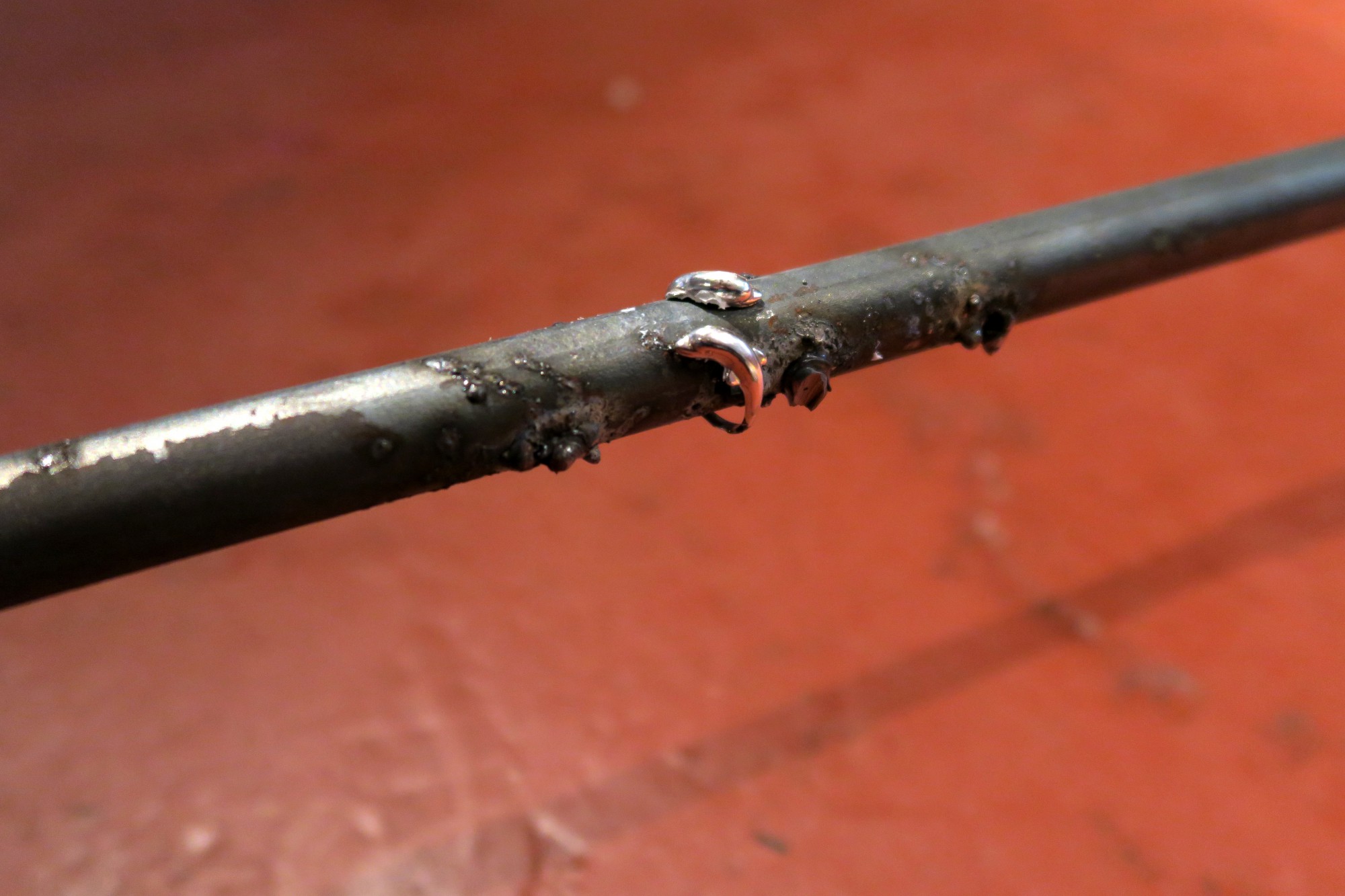 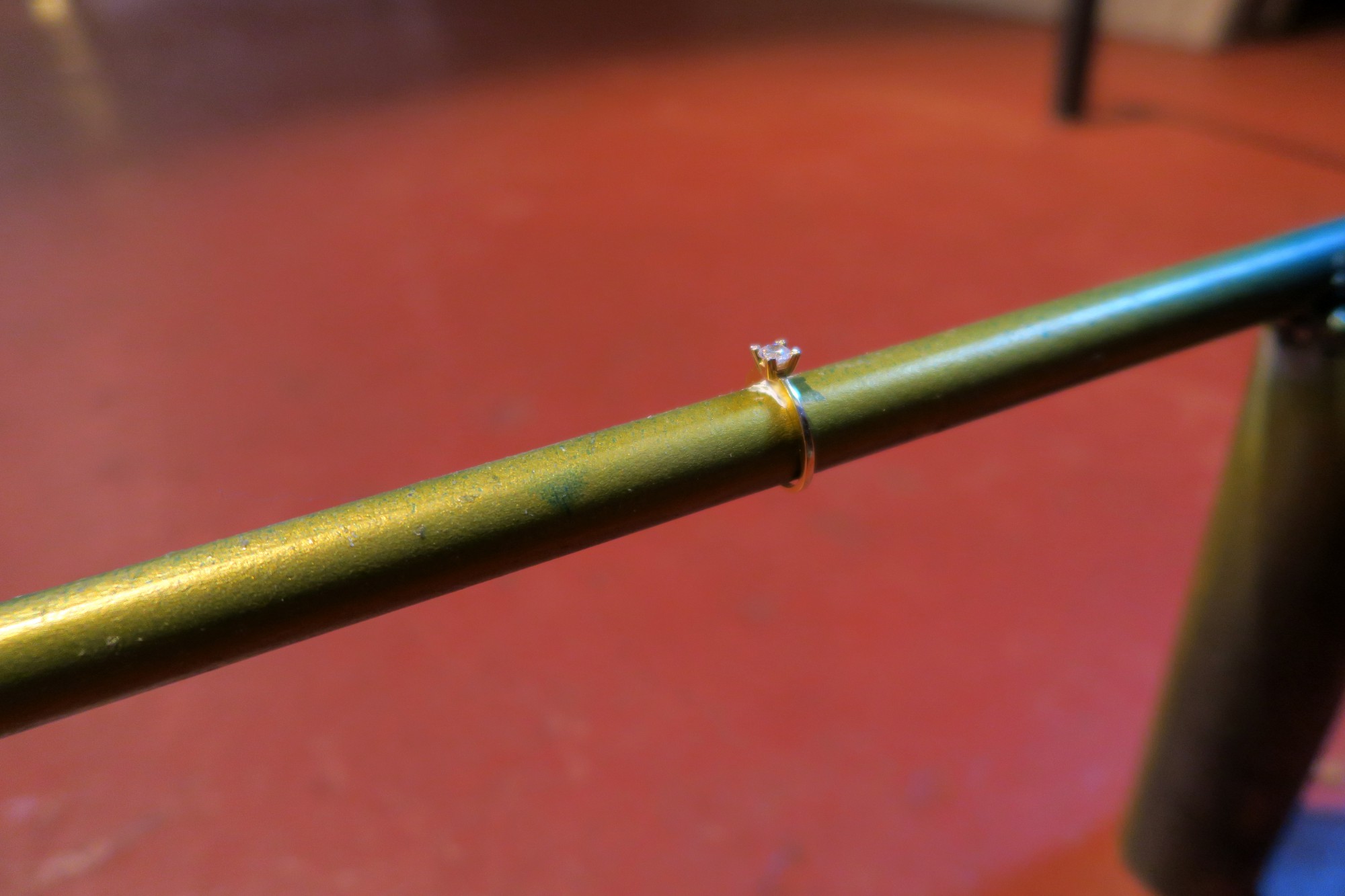 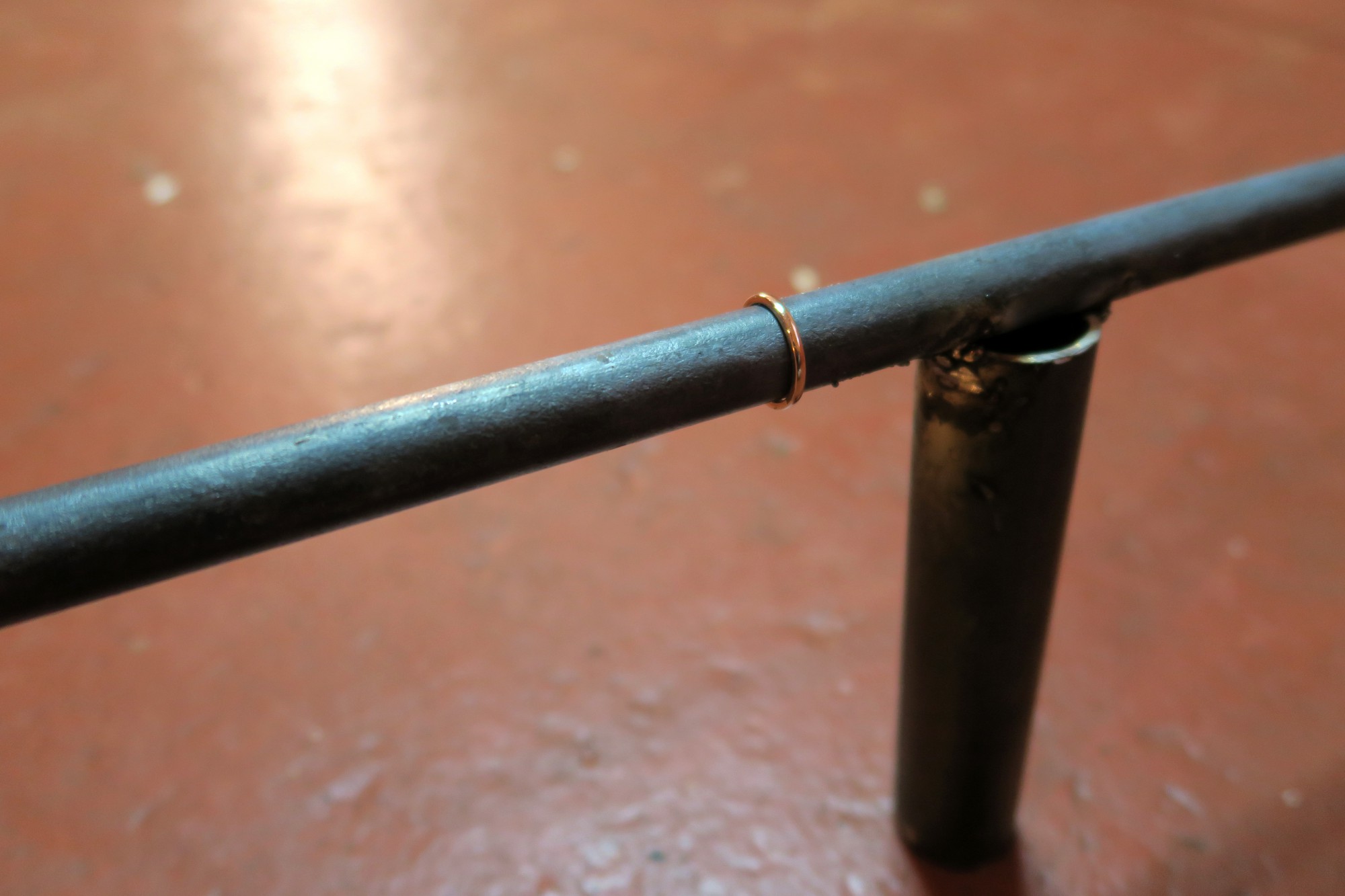 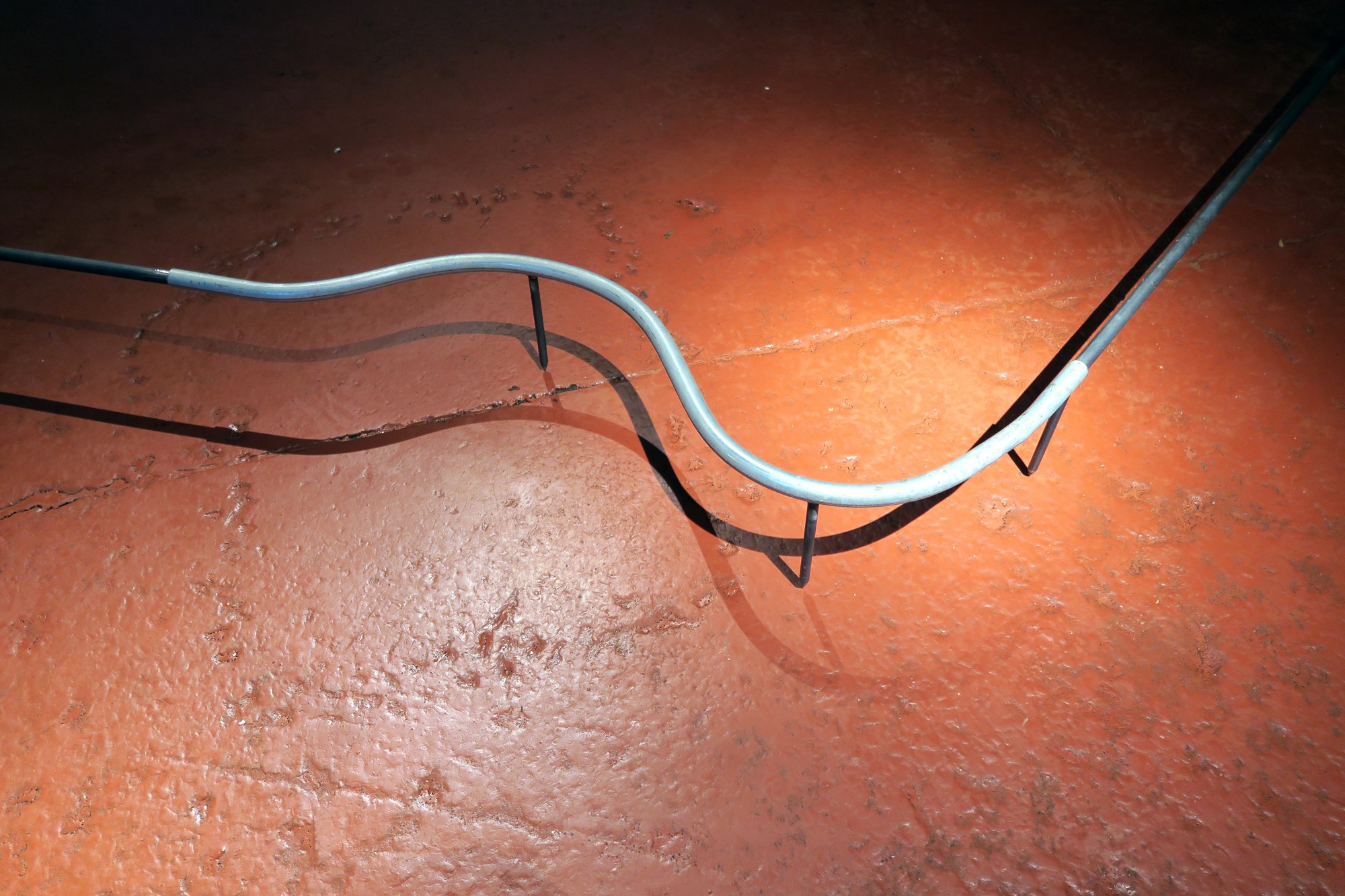 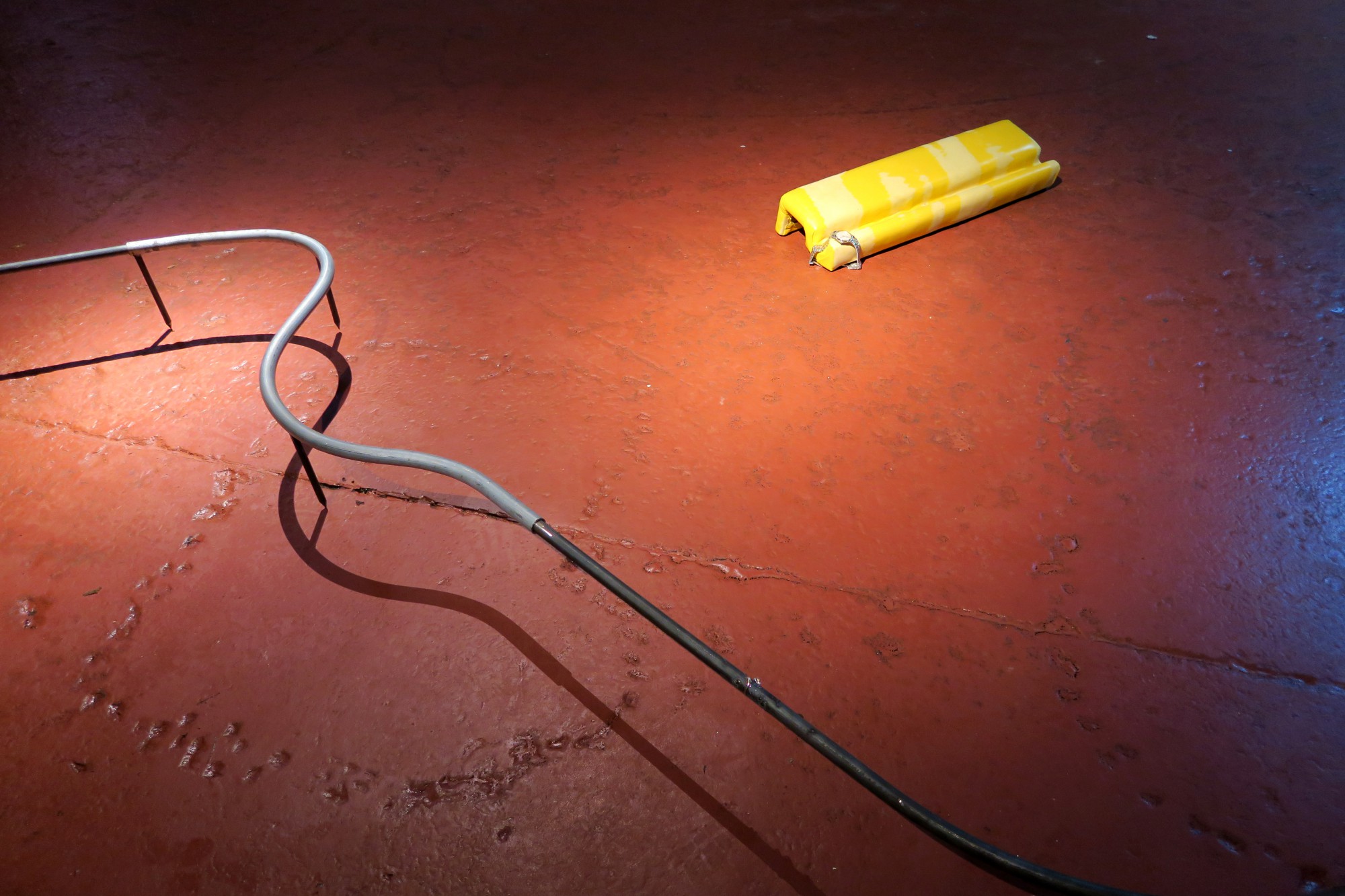